Among all the recent tragedy, gloom and despondency, there are still stories which give us all a welcome uplift and hope for the future. Energy and Renewables Partner, Nicola Beaumont, explains why solar farms should be part of the solution in Scotland's commitment to carbon net zero by 2045.

Among all the recent tragedy, gloom and despondency, there are still stories which give us all a welcome uplift and hope for the future.

The natural world seems to be breathing and indeed thriving under the unprecedented human slowdown; water quality has improved in what would normally be busy and crowded seas and river highways, and reduced air pollution levels demonstrate what can be achieved by removing mass users of fossil fuels, predominantly transport and buildings, even for a relatively short period of time.  Electricity demand hit record lows which resulted in falls of both electricity prices and carbon emissions.  Low carbon energy sources became greater proportional contributors to the energy system as a result.

We are all pondering what a return to ‘normal’ will actually be; will we travel for business and leisure as frivolously? Will we fall back into our mass consumerist ways? Will we return to the same levels of energy demand and will we see ever-increased focus on renewable sources of energy?

Starting even before lockdown, it was clear there was ever-increasing pressure to make the greenhouse gas producing days of burning hydrocarbons a chapter in history – coal-fired electricity generation produced 0% of Britain’s power for a record-breaking spell of 67 consecutive days up until mid-June. Although large reserves of fossil fuels remain, that doesn’t mean the “oil age” isn’t coming to an end and we should reflect on the fact the stone age didn’t end because we ran out of stone. Despite mounting pressure from business and the public, the UK is slipping behind on its climate change commitments and so the opportunity seems ripe for government to become ever more supportive of renewables’ investment as it looks to kick-start the economy as part of the much talked about green-led recovery.  Such support should not least include the planning system (currently being overhauled in Scotland) and also recognition of how land and property plays a pivotal role.  Even our seas offer leasing opportunities. The recent Scotwind announcement by Crown Estate Scotland for large offshore windfarms will give a timely boost to supply chain investment and creation of new jobs.

We tend to automatically associate renewable energy generation with wind farms but beyond that developers are also committed to other sources such as heat capture and hydrogen, whilst hybrid projects are bolting on electricity storage capabilities for periods of over-supply.  Why stop, for example, wind farms from generating power during periods of low electricity demand if it can be stored efficiently and released when needed?  Another renewable technology attracting an increase in interest in Scotland is solar power generation, buoyed by the ability for such projects to compete for a Contract For Difference (CFD) in the next auction round albeit up against onshore wind which will once again be able to bid.  As a result, some anticipate that whilst it will never be as efficient as wind, installed solar capacity in the UK could rise to 27GW by 2030 and ironically even Scotland has a role to play in supplying electricity generated from sunlight.

Contrary to common assumption, solar PV (photovoltaic) panels do not necessarily rely on direct sunlight, however orientation does affect performance and so it is locational specific. Even on cloudy days, there is normally enough so-called ‘diffused’ light for panels to produce electricity.  Solar technology has gathered public support, not least because it has proved it can co-exist with other agricultural/industrial uses, noise levels are minimal, there is no waste to dispose of and the panels are immobile – thus both visual and environmental impacts during the solar farm’s lifetime are minimal. Reduced component pricing over the last few years has contributed to developers actively pursuing land which may suit a mixed use, have suboptimal or no current productive value.  As with wind, solar farms are often constructed and operated under fixed term leases and provide a reversible land use free of contamination whilst offering diversification and a stable source of income for landowners.

As Scotland strives to meet its carbon net zero 2045 commitment, solar farms should form part of the solution. 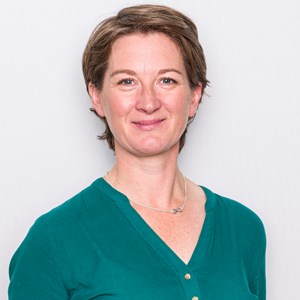