At the end of 2018, Bidwells, together with Estates Gazette (EG), hosted a conference examining the investment potential of Oxford-Cambridge Arc, with Treasury Minister Robert Jenrick MP opening the day by describing the Arc as a “national priority” and “one of the world’s greatest economic opportunities”.

Speakers and business leaders came together after the event to write to Jenrick at the Treasury, setting out the broad property industry view that now is the time for the big vision to emerge. Despite the obvious distractions, Jenrick wrote back, committing the government to soon announcing a governance body, a ministerial and business champion for the arc and, most importantly, developing and publishing a joined up economic vision.

From behind the slightly complex maze of infrastructure project announcements, a bigger narrative is starting to be told. When EG and Bidwells come together again this November to host the next Oxford-Cambridge Corridor event - this time at the Sir Francis Crick Institute in Kings Cross, London, we are expecting a different type of conversation. 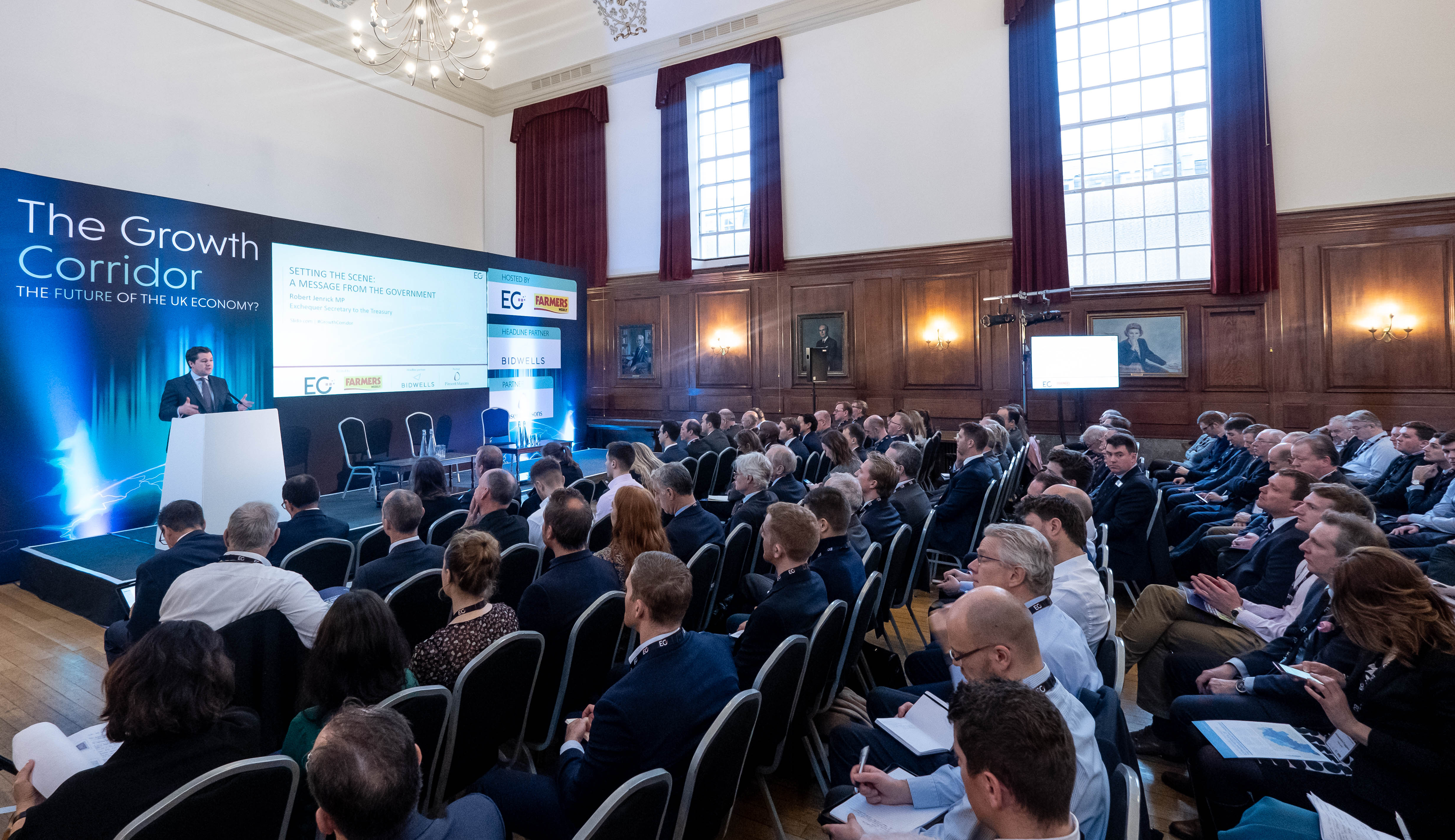 Emergence of the Universities

The Oxford-Cambridge Arc Universities Group is a collection of universities working together in the Arc. Its recently published prospectus visualises the Corridor as “a knowledge-intensive arc linking the regions around the Universities more effectively…. unleashing our collective capacity and dynamism”.

The prospectus highlights the combined commitment of 10 universities and the potential to drive economic growth, with a combined turnover of £5bn and generating £13bn to the economy. The prospectus’ emphasis is on productivity, place-making and connectivity, a theme first framed in this year’s Spring Statement.

A Spring in our step

As with many Government announcements in relation to the Corridor, the headlines were repeated big numbers - 1 million homes by 2050, £111 billion of annual Gross Value Added - but the written output from the March Treasury paper- was this time organised across a consistent thematic structure: Productivity, Place-making, Connectivity and, this time, Environment.

The document also presented the interim findings of research carried out by AECOM, working with the economic consultancy Oxford Economics, to provide a strong evidence base for future strategies.

It’s clear the Corridor should be positioned as a world-leader of innovation and growth, with two highly regarded universities at either end of the Corridor and others along the route, but how does this translate for international investors, UK companies and local communities?

Productivity, Place-making, Connectivity and Environment mean something quite different for each of these groups. Telling the story of the Arc means talking to different audiences, explaining how this region meets their needs and either support their investment needs, benefit their growth strategies or support their quality of life.

Now time to move the conversation on from East-West rail and Expressways with governance, advisory groups and leaders announced, with a clear overall economic vision – and story - for us all to get behind. It’s a complex and multi-layered task. We hope to see progress by November.

Get in touch with our expert