A path to sustainable farming? The Agricultural Transition Plan 2021-24

The biggest surprises in the Government’s Path to Sustainable Farming were the scale and speed of cuts to the Basic Payment Scheme, or Direct Payments as they are commonly referred to in the Agricultural Transition Plan (ATP). Ian Ashbridge, Agriculture and Environment Partner at Bidwells, shares his insight on what these cuts mean for farming businesses and sustainability.

The headline news in the Agricultural Transition Plan is that not only will proposed 2021 cuts be applied in full, they will be followed by major reductions in 2022 and 2024, with the largest claims seeing much bigger reductions than the mainstream. The Government says it is these funds that will be diverted into new ways of rewarding farmers for sustainable farming practices – the ‘public money for public goods’ that has been at the heart of policymaking for more than two years.

These cuts do not chime with what George Eustice claims in his foreword to the document. For instance: “We will change things gradually throughout the transition period” and “it will be an evolution from the old system to the new, not an overnight revolution” are just not borne out in the face of cuts to direct payments which, in many cases, currently constitute most or all of farming businesses’ profits.

Some parts of the ATP are unfathomable. ‘Local nature recovery will… focus on building back nature into and beyond our farmed landscape’. To what extent this makes sense, it appears suggestive of major land use change, if it is to go ‘beyond’.

This document brings together several long-standing themes which have been gaining momentum for some years. One is the difficulty faced by new entrants to farming and, to get to the nub of it, access to land. The ATP goes further than ever before towards facilitating access to land and more importantly, releasing land.

Marking the start of a major journey for English farming

The ATP is articulate about what it wants to achieve and where the nation will stand at the end of the journey. It even goes so far as to claim that we will be the envy of other nations in what we have achieved. However, the plan is less good at articulating exactly how we will reach the promised land, but is clear that the usual protections and support will be withdrawn from the traveller early in the journey. Instead, the Government invites the farmer, landowner or manager to help determine the route through ‘codecision’. This could be dismissed as empty words or lack of a detailed plan but to do this would be to miss the huge potential it offers.

After decades of top-down regulation handed to farmers, both by Brussels and Westminster, farming should embrace this opportunity to shape its own destiny. It’s often claimed that government isn’t listening. This time it might be.

One can’t overlook the potential of the investment and productivity schemes. In a sense, this is what BPS could have been. The critics of farm subsidies often claim that the inherent iniquity in area-based payments is that they reward those with the greatest ownership or occupation of land. While this is true, it overlooks the lack of accountability that accompanied such payments. The contract with the Government to receive public funds only required farmers to claim on eligible land and stay within cross-compliance rules. Once the funds were received, they were
free to do what they liked with them.

In some ways, to cut direct payments and re-offer the funds through investment-specific schemes ensures the monies are put to definable use within, and for the progress of, the farm business. In this way, one might argue that the Government recognises that farm productivity increases are ’public goods’ through the more efficient production of food .

Get in touch with our Agriculture and Environment team 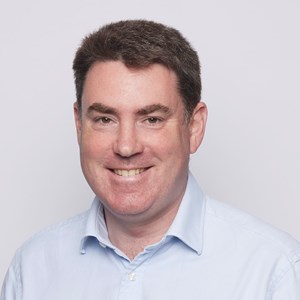