A ‘blessing’ of the UK’s cool and wet oceanic climate is that it allows for the formation of peatland, fondly referred to as ‘bogs’. Peatlands are not unique to the UK but are found across the globe and on all continents. Although the highest levels are found predominately in the northern hemisphere, significant levels of peatland are also found in Indonesia, Papua New Guinea and Tasmania.

Covering just 3% of the world’s surface, peatlands are estimated to hold around 30% of all soil carbon, making them the world’s largest terrestrial carbon stock, storing twice the carbon of all the world’s forests!

In wet and waterlogged anaerobic conditions, peatlands have developed over hundreds and thousands of years, slowly accumulating carbon as peatland-specialist vegetation absorbs CO2 via photosynthesis during growth. It is the waterlogged conditions that prevents the carbon from dead and decaying plants being released back into the atmosphere and which makes peatland such a prolific carbon store. However, it is estimated by Project Drawdown, that around 15% of the world’s peatlands have been disrupted in some way, turning them into powerful greenhouse gas-emitting chimneys.

The picture is even worse in the UK, where it is estimated by the IUNC UK that around 80% of the 3 million hectares of peatland is in some way damaged. This may be through historical agricultural practices such as drainage, poorly sited afforestation from periods like the ‘70s and ‘80s or over grazing by livestock and wild deer herds. So rather than being seen as a climate change asset for the UK, peatland should really be seen as a climate change liability as they pump out carbon back into the atmosphere.

However, this presents a significant opportunity to take some positive action. In the UK, peatland restoration projects can be registered to produce recognised carbon credits based on the reduction in emissions arising from the works. By blocking up drains and rewetting, reprofiling eroded and exposed peat and reducing grazing pressure, the peatland chimney effect can be reversed.

For those looking to invest sustainably and enhance our natural capital then peatlands provide such an option. Not all of the 3 million hectares of UK peatlands will be suitable for restoration - in Scotland some estimates put the figure at around 600,000 hectares, but the opportunity could be larger. Let’s just say that restoration projects were possible across a 600,000-hectare area (with an average of 200 tonnes of carbon equivalent/carbon credits being generated per hectare over the long-term lifetime of a project) there would therefore potentially be 120 million carbon credits up for grabs. Based on a price today of around £25 per tonne of CO2 equivalent and those being predicted within the next 10 years of £72 ($100) - could this equate to an investable universe of between £3.0bn and £8.6bn in Scottish peatland carbon credits? Across the globe it is estimated that around 46 million hectares of peatlands are in a degraded and greenhouse gas-emitting state - what an opportunity!

As I wrote in my blog post last week, when factoring in the value of carbon, the economics of how we use and manage the land have the potential to be transformed. In addition to the carbon benefits, there are multiple other natural capital upsides including helping to conserve and enhance peatland specialist flora and fauna, regulate water flows at a catchment scale and improve the quality of our freshwater resource. 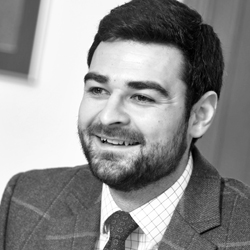