From Nutrient Neutrality to Ecological Moratoriums

In March this year, the Nutrient Neutrality announcement marked big news in the planning world effectively halting development in the Norfolk area. However, a different spanner has been in the works in Hertfordshire (and neighbouring shires) – the Chilterns Beechwoods Special Area of Conservation (SAC).

What is the issue?

Due to the damage caused by recreational activity on the Chilterns Beechwoods SAC (notably the National Trust’s Ashridge Estate and Tring Woodlands) and following the advice of Natural England, a moratorium has effectively been in place for all new residential planning decisions in an identified catchment area since March.

Relevant councils are legally required through the Habitats Regulations Assessment to ensure that the integrity of Chilterns Beechwoods SAC is not adversely affected by new planning proposals.

On this basis, proposals that are within 500 metres of Ashridge Estate and Tring Woodlands are likely to be refused for the foreseeable future, and, for the time being, no planning application decisions are being issued in the wider catchment area identified – including reserved matters applications, pre-commencement conditions and Section 73 applications that lead to intensification in population.

What is being done to resolve this matter?

Dacorum Borough Council have been leading on efforts to come up with a solution for this situation as the authority most effected by (and effecting) the SAC. However, a number of other LPAs, which are located right at the heart of the Bidwells MK Office patch, are affected, including: Central Bedfordshire, Luton Borough, Buckinghamshire Council, and St Albans City and District Council.

At a session (bravely) held for developers in June, officers at Dacorum confirmed that they are taking a three-pronged approach:

Strategic Access Management and Monitoring (SAMM) – a collection of mitigation measures are to be put in place at Ashridge i.e improvements to signage, walkways, parking, etc. This will be funded through a Section 106 levy paid to the National Trust per dwelling proposed.

Sustainable Alternative Natural Green Space (SANG) - is being created to draw visitors away from the site and onto different open spaces. The Council have been identifying publicly owned land for possible sites and have created a short list. They are currently identifying what work is required to bring these sites online and manage them. In the future, it is likely that larger development sites will need to provide their own SANG.

A Gateway solution - relocating attractive facilities from Ashridge to a nearby site. This was though noted to be part of a longer-term plan.

Dacorum are aiming to partially lift the moratorium on development in their authority area by the end of August.

Important questions do though have to be asked, including:

Why is the brunt of this issue being placed on the development industry?

Whilst the National Trust are assisting in this matter (according to Dacorum Officers), at the time of writing, the National Trust’s website is advertising a big camping event, forest bathing and dog walking at the Ashridge Estate. Whilst there is advice for how to responsibly dog walk and a survey seeking to understand how people use the park, there is no mention of the significant ecological issues that Ashridge Estate is experiencing. Why is the National Trust not discouraging visits or allowing the public to make informed decisions on whether to visit this location?

What impact will politics play?

Herts authorities are actively working together in planning terms already, with a consultation on the South West Herts Join Strategic Plan due in late July/early August.

Dacorum stated in the recent developer session that there is the political will to resolve this matter and that they are working closely with neighbouring authorities. Central Bedfordshire Council’s website notes that the affected authorities and Natural England are holding monthly partnership and fortnightly working group meetings to discuss mitigation solutions.

However, despite these words, one has to question how territorial the different authorities are being. For example, it was noted at the developer session that Dacorum SANG will only go towards Dacorum development schemes.  Negotiations are also still to be had with other authorities on a S106 tariff figure for each area. Big decisions are still to be made.

Will this matter be used as part of a case for reduced housing numbers?

The political uncertainty resultant from the resignation of Boris Johnson and key cabinet members has cast uncertainty over whether there will now be a review of housing numbers in Green Belt authorities (see our blog on the Levelling-Up and Regeneration Bill), and in Hertfordshire this is likely to remain a particularly hot topic. It was alluded to in the developer session that there may be a case to be made as a result of the HRA issue for reduced housing numbers in Dacorum.

Is this moratorium a proportionate response?

Planning decisions are supposed to be determined on a balance of considerations. Whilst it is undeniably important to protect ecological habitats, one cannot help but be critical of the lack of consideration that is given to other important factors such as a housing crisis, case by case specifics (i.e. development schemes which have proposed their own open space) and the responsibility attributed to other actors.

If you would also like to find out about the affect of Nutrient Neutrality, read Iain Hill’s blog here. 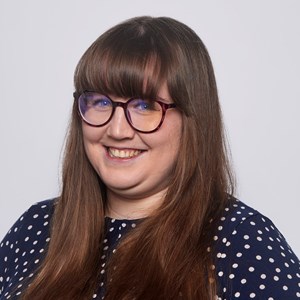 What will become of the CAZ?

Flora MacLeod, Associate, Planning discusses permitted development and what this means for London’s Central Activities Zone and office space across the city.

What will become of the CAZ?
Mon 16 May What next for Planning now the Levelling-Up and Regeneration Bill has landed?

Hot on his heels of last week’s Queen’s Speech, the Levelling-up and Regeneration Bill was unveiled promising to deliver radical reform. Truth be told, the status quo is likely to continue for some time to come, says Planning Partner, Jonathan Bainbridge and his Bidwells colleagues, as they reveal the potential impacts of the Bill.

What next for Planning now the Levelling-Up and Regeneration Bill has landed?
Tue 10 May · 3 MINUTE READ