A recent poll undertaken by Farmers Weekly asked 577 farmers how they were going to vote on Brexit. Read our detailed analysis of the results here, and how this affects land prices, farm workers and more.

A recent poll undertaken by Farmers Weekly asked 577 farmers how they were going to vote on 23 June. This was self-selected to represent the profile of farming in the UK. 58% said they would vote to leave, 31% would vote to remain and 11% were undecided.

Within this poll, farmers in Scotland, the North West and Wales were less likely to want to leave and nowhere in these areas did those wanting to leave exceed 50%. These are the locations with more marginal farms where subsidies are so important to their business. This is evidenced by just 12% of English land qualifying for EU's less favoured area subsidies compared to 78% in Wales and 84% in Scotland. No wonder those areas want to remain.

It is clear that if we leave the EU we will not have any say in how the EU markets operate. Norway is part of the European Economic Area, and their fee goes towards being part of the Free Trade Area without having any influence. If we want to tap into this market we may end up having to pay nearly as much as we do now, so would it be worth it?

Currently the UK has free access to 500 million people, we will not be able to continue with free access to this without significant costs and this will mean higher tariffs on exports, therefore increasing food prices. We will need to negotiate dozens of new agreements, but nobody knows what trade deals will be agreed and whether there would be any such tariffs with the EU, particularly given the reliance of EU exporters on Britain’s market. It may open up opportunities with South America, China or Australia, for example.

Some say the removal of CAP subsidies would be catastrophic. According to consultants Agra Europe, only the super-efficient, top 10% of UK farms could survive without subsidies. Furthermore, a significant portion of EU funding goes towards rural development projects. It is not guaranteed that a UK Government will opt to continue rural development funding, particularly if it is under pressure to divert money to other areas, what will this reduction mean to the state of our countryside?

However, Britain and British Farmers are effectively subsidising their competitors, paying £9bn into the CAP to receive £3bn back with France receiving almost three times as much as the UK. Analysts have stated that Britain may in fact enjoy more profitability following a vote to leave and may improve export prospects whilst the sterling is weaker and subsidies remain for a few years.

Farmers who say they will vote to leave say that British agriculture will thrive if the UK leaves. They feel that they will no longer be constrained by EU membership and being within the Single Market. British farmers will be able to farm and trade more freely, and increase production to meet increasing global demand for food – as well as benefitting from more appropriate policies that are set by the UK government which relate to the way the UK farms.

Furthermore, there may be a relaxation of GM crop rules, which are heavily restricted, mostly politically, by the EU and this may be the one area where British Agriculture can develop.

Potentially the most important issue for the industry is land prices, it helps secure funding and provides much needed capital. Values fell by 3% in the three months to March, this was the largest quarterly drop since the end of 2008, ending a run of great returns on farmland with values having risen by as much as four times in the past 10 years.

When looking at the supply of Land in the UK, the total area on the market was consistent with 2015, there has been higher supply of grassland, including dairy farms, and lower supply of arable land this year despite low commodity prices, which normally encourages the sale of land. Traditional farmers have been less active suggesting that uncertainty around the EU Referendum is having a huge effect.

For the majority of farmland the implications are not encouraging and any reduction in financial support would be a severe blow to investors in land supporting more than one enterprise. Dairy, lowland beef and sheep farms are also expected to be adversely affected. This may only be a short time whilst the economy balances out following a vote to leave, but there is uncertainty.

High value farmland, however, is less likely to be impacted by the UK leaving, with prime arable farmland attracting demand from institutional buyers, investors, lifestyle purchasers and those with rollover capital, whose focus is not on short-term, but on long-term investment.

Within the EU any person can work in any country of the EU. This has been beneficial for the agricultural industry. There are just over 34,000 non UK-born workers employed in the agriculture industry, of which 65 per cent were born in the EU. If we left and stricter immigration laws were brought in, what effect would this have on the sector, and would the availability of labour decrease?

In 2013, the Seasonal Agricultural Workers Scheme was shut down for non-EU workers, by the EU. This was a well-regulated scheme that allowed 30,000 workers to come to the UK outside of the EU. This is one scheme, that, in the event of a vote to leave could be brought back and I am sure there are many non-Europeans that would be willing to work in the UK.

It is clear that the EU benefits agriculture in the UK in so many ways, from development grants, to the single market and crucially subsidies, it provides a stable area in which to sell products and provides a significant labour force to ensure we can provide those products but where is this all headed? Closer integration? More restriction for our farmers?

There are also fundamental issues with the EU, leaving the EU may open up a whole new market on the world stage, yes subsidies may be reduced or even removed altogether but this gives farmers an opportunity to be competitive and really develop their business for future generations. 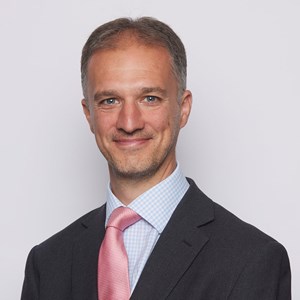 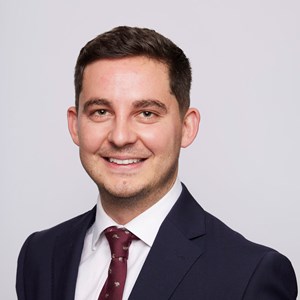