Plan:MK - What's next for Milton Keynes?

A year after submission, last week Plan:MK was adopted as the strategic Local Plan document to shape growth of the borough to 2031. Planning Associate, Mark Harris gives his insight into what is next for Milton Keynes.

A year after submission, last week Plan:MK was adopted as the strategic Local Plan document to shape growth of the borough to 2031. Planning Associate, Mark Harris gives his insight into what is next for Milton Keynes.

Continued housing need
The national approach to calculating Local Housing Need (LHN) - the Standard Methodology - will generate significant increases in the level of housing needed to be planned for in and around Milton Keynes.

Whilst the increase for Milton Keynes itself limited, those of its neighbours, will increase greatly. The latest LHN figures for the wider area represent an overall increase of approximately 25-30% from levels currently being planned for.

In the coming years, it is likely the emerging plans will need to deal with further changes to the standard methodology, reflecting the Government’s commitment to ensure it supports delivery of 300,000 homes annually across the country, something that the current methodology fails to do. This is likely to further drive up the level of housing need to be planned for locally.

Whilst historically, Milton Keynes Council has sought to accommodate its growth requirements within its own boundaries, in the context of the pressure for housing and aspirations for the Oxford to Cambridge Corridor, it is increasingly likely that Milton Keynes will need to work closely with it’s neighbours to find effective solutions that will ensure timely and effective delivery of growth.

Commencement of a joint Strategic Growth Study for Milton Keynes as part of the MK Futures 2050 Project is an indication that cross boundary growth is being given serious consideration.

The role of transport links
The need for infrastructure led growth, points to opportunities linked to the new Expressway. Route options will be consulted later in 2019, but the development is likely to open opportunities for further extension south of the city, alongside the potential for new settlements along the A421/Expressway corridor, mainly in Aylesbury Vale.

The existing A421, west of Milton Keynes, with capacity freed up by the Expressway, and east of the city, where Central Bedfordshire have already ear-marked the ‘Aspley Triangle’ as a future location for growth in their emerging Local Plan, could both support opportunities for growth.

The A5 is the main trunk road through the city, linking Milton Keynes to South Northants in the north and Central Bedfordshire in the south. South Northants is likely to come under pressure to accommodate Northampton related growth, with Northampton Borough Council stating in a September Cabinet paper, that new settlements in South Northants are likely to be needed to open new housing markets as part of their proposed growth deal with Government. Could these settlements form part of a growth strategy for Milton Keynes through a future joint spatial plan?

Interestingly, the viability of a mass transit system is being investigated as part of the MK Future Strategic Growth Study.  This would need a critical level of development along its route and may drive a different form of development to what we have seen in Milton Keynes previously.

Education hubs
The aspiration for a new University in Milton Keynes (MKU) is also likely to have an influence over growth plans. Whilst the university would be focused on Central Milton Keynes, with block B4 identified and a design competition currently underway, the benefits of a new university would be felt elsewhere in the city through investment in employment and the need to accommodate a growing student population. Improving links to Cranfield University, north of the city, is also likely to be a consideration.

Overview
There are clearly opportunities for Milton Keynes to grow. Whilst there will be the normal challenges of providing infrastructure to support growth and managing the impact of existing communities, these are exciting times for the city.

What is also clear is that for the growth to be effective, Milton Keynes Council will need to work with its neighbours to prepare a co-ordinated strategy which realises maximising the economic potential of the area, whilst responding to many competing pressures.

Once published this summer, the MK Futures 2050 Strategic Growth Study will start to answer some of the questions, but it is likely to be a long and challenging road before plans for the city are finalised and the future of the city is known. 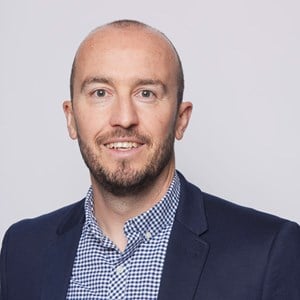