The government wants to expand the UK space industry and launch new spaceports. Adam Branson asks what the latest space race means for the property industry.

The government wants to expand the UK space industry and launch new spaceports. Adam Branson asks what the latest space race means for the property industry

Despite astronaut Tim Peake’s best efforts, when most people think about space travel they do not think about the UK.

Yet while the UK currently lacks a launch facility, it does have a thriving space industry, which has recently been singled out by government for significant financial support. The UK currently accounts for 6.5% of a global space industry worth an estimated £400bn. The government’s ambition, as stated in its 2017 industrial strategy, is for that to rise to 10% within 10 to 12 years, meaning that the UK industry will be worth more than £40bn.

Better still, last year, the government announced Industrial Strategy funding for a proposed vertical launch spaceport in Sutherland, Scotland, and a new £2m development fund to boost horizontal launch sites such as those planned in Cornwall, Glasgow Prestwick and Snowdonia.

So is the UK space industry finally poised to take off – and how will the property industry satisfy soaring demand for space-related space?

The government estimates that vertical and horizontal launch demand is worth a potential £3.8bn to the UK economy over the next decade. However, much of the growth is expected to take place in the more established arena of space science.

Oxfordshire’s Harwell Science & Innovation Campus, which is home to the greatest concentration of space-related organisations in the country, is one of the hubs likely to benefit.

“We do a huge amount of Earth observation, but we also do a lot of hardware and technical work. Our strongest industry is smaller satellites. We’ve got around a 25% global market share in small satellites and some really world-leading companies, like Surrey Satellite Technology, which was bought by Airbus a couple of years ago.”

To fulfill the government’s ambitions, companies need the right sort of space in the right locations. Research undertaken by Bidwells, a strategic property partner at Harwell, found that UK space companies currently
occupy around 6m sq ft but that this is likely to rise to closer to 7m sq ft by 2020.

“While the tracking of space-related industries is challenging, from our own letting activity it is clear that a rising proportion of take-up in Oxford is driven by space-related companies,” says Bidwells partner David Williams.

Growth is likely to focus on hubs such as Harwell, believes Horner. The campus offers around 3.8m sq ft of various types of accommodation, with the space cluster taking up around 300,000 sq ft.  However, planning permission is in place for a further 5m sq ft at the site and Horner expects the amount occupied by space firms to grow. "Our space cluster here is experiencing double-digit growth and has been for years” he says.

Harwell isn’t the only game in town. Just over the border in Buckinghamshire is Westcott Venture Park, owned by Patrizia Asset and Property Management, which project manager Nigel Mackenzie says “is recognised globally as an integral part of the UK space sector growth strategy, with a nucleus of well-established companies supporting rocket- and satellite-enabled research and development projects".

He adds: “It has the unique advantages of being a secure site with an established regulatory and safety regime suitable for testing a wide variety of propulsion systems.”

Westcott already complements Harwell nicely, according to Horner. “We know we can’t do everything here," he says. "For instance, we might build engines, but we don’t do serious propulsion testing.”

In addition to the hub around Oxfordshire and Buckinghamshire, a cluster of satellite manufacturers can also be found along the Clyde in Scotland. The government has also earmarked Sutherland in Scotland as the potential location of a vertical spaceport.

“A number of places are keen to have a vertical launch capability,” says Horner. “The first functioning spaceport is likely to be in Scotland for all sorts of reasons, including lower population density, safety and getting to polar orbit.”

Occupier requirements at spaceports will be quite distinct and different from one another, says Horner. However, companies that make satellites and other components destined for space may have similar property
requirements to those that develop applications using data collected by satellites.

The hardware manufacturers typically require facilities such as ‘cleanrooms’ designed to maintain very low levels of particulates, such as dust, airborne organisms or vaporised particles, according to Horner.

They also need offices designed to appeal to highly skilled workers who could otherwise choose to work in other parts of the world.

“They won’t be able to retain people if they sit in a boring, battleship-grey warehouse,” says Horner. “It’s part office or workspace, part cleanroom and workshop. There’s a millennial aesthetic to it as well as it being operationally robust.”

Space industry and beyond

Application developers also need contemporary office space located close to their colleagues in the space industry and beyond. The Zephyr Building at Harwell is a good example.

“You have space companies next to organisations that make sensors and work in the life sciences, for example,” says Williams. “They all talk to each other and it’s at those fertile edges where real innovation is happening.”

Horner says the problem is that few in property understand these varying requirements.

If the space industry’s forecasts are accurate, the property industry will need to learn how to walk in its shoes pretty quickly or it could find itself lagging behind in the new space race. 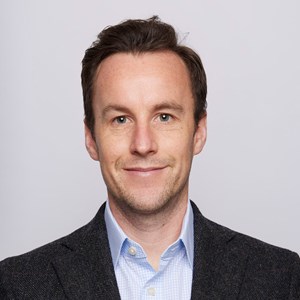