The fallout from North Essex | Blog

The Inspector’s letter into the North Essex Authorities’ Section 1 Local Plan finally dropped this week and it wasn’t entirely what the authorities were hoping for. The two largest Garden Communities at West of Braintree and Colchester / Braintree Borders have both been found unsound and will now need to be removed from the Plan. It isn’t all bad news, as the Authorities’ vision for the third Garden Community, Tendring / Colchester Borders, will find its way into the adopted Development Plan.

The Inspector’s letter into the North Essex Authorities’ Section 1 Local Plan finally dropped this week and it wasn’t entirely what the authorities were hoping for.  The two largest Garden Communities at West of Braintree and Colchester / Braintree Borders have both been found unsound and will now need to be removed from the Plan.  It isn’t all bad news, as the Authorities’ vision for the third Garden Community, Tendring / Colchester Borders, will find its way into the adopted Development Plan.

At 43,000 new homes, the totality of the NEA’s Garden Community project was by some margin the largest of any in England.  But now that 34,000 (74%) of these new homes must now be removed from the Plan, 5,000 of which would have formed part of the Local Plan trajectory up to 2033, what exactly are the implications for spatial planning in the NEAs and where will the key opportunities lie as a result?

It is worth reminding ourselves that from their inception, these Garden Communities were intended to be a source of strategic long-term delivery for many decades to come, well beyond the current emerging Plan period to 2033.  This Section 1 Local Plan process was intended as the mechanism by which the NEAs would get the ball rolling.

Taking this into account, without any of the three Garden Communities the NEAs would be only 2,500 dwellings short of meeting their requirements for the emerging Local Plan period.  With the Garden Communities, the supply would have returned a reassuringly healthy surplus of 5,500 dwellings (or 18%) against objectively assessed housing need, back-ended taking account of the lead in times.  But even once the two unsound Garden Communities are removed from the trajectory, the remaining supply still returns a surplus of around 500 dwellings – albeit a vastly diminished one that would leave the Plan susceptible to even the slightest fluctuation in delivery.  One might think that the NEAs will need to make up the difference elsewhere.

Firstly let’s look at the key take-aways from the Inspector’s letter.

1. Infrastructure and viability issues were substantive enough to render two of the GCs unsound.

Deliverability of the Rapid Transit System necessary to reduce dependence upon the private vehicle was partly reliant on the strategy of neighbouring Uttlesford, whose emerging Plan fell away in the preceding weeks, leaving West of Braintree and Colchester / Braintree Borders without sustainable transport options; and partly down to a lack of specific evidence demonstrating that funding was available.  In addition, the viability evidence in front of the Inspector did not provide reliable indication of the viability of the two GCs that are now to be removed from the Plan.

2. The implications of the Inspector’s letter vary for each of the three Authorities.

Tendring will benefit from the Inspector’s conclusions because the Garden Community within its boundary has been found sound.  This means that Tendring will shortly have an adopted strategic plan accommodating long-term delivery, alongside other smaller allocations it should be able to rely upon in the emerging Section 2 Local Plan that will boost its shorter-term housing land supply.  Tendring is effectively home and dry, subject to meeting 5-year land supply and Housing Delivery Test requirements.

For Braintree the picture appears far less rosy.  Braintree is exposed on two fronts by the loss of the two Garden Communities within its area.  It therefore has no long-term strategic options beyond the emerging Plan period.  It is also currently battling to meet its 5-year housing land supply requirement (currently 4.15 years) and its Housing Delivery Test position (67%) is perilously close to automatically engaging the NPPF’s presumption in favour of sustainable development by November this year.

Colchester is in more of a marginal position because it sits somewhere between the two.

3. The NEAs are well placed to pick strategic scale development up in the future.

Despite the Inspector’s findings, there is a sizeable body of evidence already in position supporting the principle of strategic scale developments, prepared by the NEAs, the promoters of the unsuccessful GC sites and other potential alternatives that were not favoured on this occasion.  There is also very clear steer from the Inspector as to the shortcomings this time around.  Provided the political will remains, the NEAs are well placed to undertake further work and pick up the Garden Community baton again further down the line – the question is when.

Where will the opportunities lie?

There appear to be three clear areas of opportunity arising from this situation: 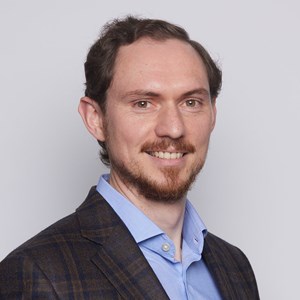