The proposed new standard methodology for calculating housing need would see a significant increase in the housing requirement for Norfolk as a whole, with all districts apart from Norwich City Council, seeing an increase to varying degrees.

Breckland District Council adopted their new Local Plan to guide development in the District to 2036, in November 2019. They had intended to embark on a full Review of the Local Plan immediately (rather than the partial review required by Policy INF03), but this work has been paused following publication of the White Paper. When work recommences, it is likely to begin with a call for sites.

The Draft Greater Norwich Local Plan (Reg 18 Stage C) was consulted on between 29 January and 16 March 2020. This included preferred policy options and draft site allocations. During the summer, a revised timetable for the preparation of the plan was agreed, introducing an approximately 6-month delay to allow for a further Regulation 18 (Stage D) consultation during Autumn 2020. However, the publication of the White Paper and consultation on the revised Standard Methodology for calculating housing need, has resulted in the Greater Norwich Development Partnership reconsidering the timetable again.

The implications of the proposed revisions to the standard methodology would be significant for the Greater Norwich Local Plan, increasing the housing requirement over the period to 2038 by approximately 25,000. Consequently, on the 30th September, the Board will be asked to agree another new timetable which seeks to take advantage of the transitional arrangements set out in the White Paper and avoiding the need to plan for significantly increased housing numbers, scrapping the planned Regulation 18D consultation, and moving straight to Regulation 19 consultation in February 2021. There is potential for some of the ‘reasonable alternative’ and ‘contingency’ sites to be upgraded, to increase the planned housing numbers.

At the same time, the Councils intend to work on certain elements of the new style Local Plan system envisaged in the White Paper, including work on digital plans and new settlements, with work on design codes to follow the production of national guidance. This strategy will be kept under close review as further detail emerges following completion of the current Government consultations, with the potential for work on the Plan to be paused or stopped altogether.

Great Yarmouth Borough Council are preparing Part 2 of their Local Plan. This document will eventually sit alongside the Local Plan Part 1: Core Strategy and provide detailed policies and allocations to help deliver the broad distribution and type of growth for the period to 2030. Great Yarmouth submitted the Final Draft Local Plan Part 2 to the Planning Inspectorate on 31 July 2020 for examination, with the LDS (January 2020) outlining adoption expected in February 2021, although this is now expected to slip to April 2021.

The Borough Council of King’s Lynn and West Norfolk consulted on a Regulation 18 draft Local Plan between March-April 2019. The Council are currently considering a draft pre-submission (Reg 19), to be taken to a Cabinet meeting for agreement. Publication and consultation are still expected in summer/autumn 2020, with adoption expected during April-June 2022.

North Norfolk District Council published their first draft Local Plan (Reg 18) for consultation in May–June 2019. This detailed the proposed planning policies and preferred strategic site allocations in the higher order settlements, such as Holt and Fakenham. It isunderstood that some of the larger sites within the Reg 18 plan may be deleted, which may increase focus on smaller villages to deliver housing need. NNDC intend to publish the Regulation 19 version of the Local Plan in June/July 2021, before scheduled adoption in August 2022.

A First Draft Local Plan (Part 2) was anticipated, todetail the preferred development sites in the Small Growth Villages, which will comprise sites of less than 1ha and provide between 0-20 dwellings, to meet the NPPF’s 10% small sites requirement. It is understood that this additional Reg 18 consultation is no longer taking place. 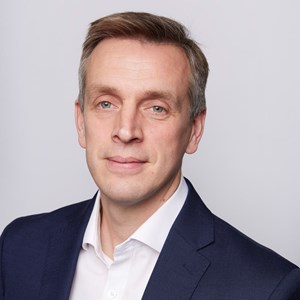