Across the Oxford-Cambridge Arc, East and South-Eastern region, Bidwells continues to see strong demand and increased competition for residential development sites. The unceasing demand for development land has driven strong growth in land values and high activity levels, with annual growth in greenfield land values at 8.8% for 2021.

The region remains prime housebuilder territory and Bidwells receives constant approaches from housebuilders and promoters enquiring about the availability of new opportunities. Developer appetite remains strong, as larger housebuilders look to grow their output and widen their patches to include more remote and affordable areas, and new entrants are keen to take regional positions, including residential developers from London and the Midlands.

Record house price inflation has also influenced land value growth, and this growth, at the highest rate since 2004, has more than offset build cost inflation. House price inflation, as well as housing completions, have generally increased throughout a range of market uncertainties in recent years, including Brexit and the Covid-19 pandemic. Housing delivery relies on private developers growing their completions and the various supporting government incentives have helped to keep the market moving during these difficult times.

There remains substantial competition for sites as the high number of bids per site is maintained. Delays and constraints in the planning system are causing deliverable sites to be unreasonably delayed and exacerbating shortages of land supply. Whilst there is no shortage of people trying to bring land forward, including landowners and the property industry pursuing the unlocking of value, the planning system in the South-East tends to act as a bottleneck. Nationally, 20% fewer homes were granted consent in 2021 compared to 2019. Additionally, the proportion of sites gaining consent in the popular range of 50 - 200 units has declined between 2015 and 2020.

Some Local Planning Authorities are making progress in their requirement to secure an up-to-date Local Plans and present opportunities for land promotion through call for sites such as in Buckinghamshire, Central Bedfordshire, Breckland, Babergh and Mid Suffolk. Other regions that are struggling with housing delivery present speculative opportunities where a lack of a 5-Year Housing Land Supply can be presented. These include Cherwell, several Hertfordshire Authorities, Maldon, Uttlesford, several London Boroughs and potentially soon South Oxfordshire and Ipswich.

High-value areas with extensive Green Belt designations, and resultant political disputes, remain a big challenge for Local Plan adoption and contribute to housing shortfalls. However, there have been some key appeal decisions of late where the extent of the shortfall in certain authorities has been given significant weight to even outweigh the impact upon the Green Belt. This may encourage developers to actively pursue opportunities within the Green Belt in the area in advance of Local Plans where similar circumstances exist.

Nevertheless, the continued delay in Local Planning Authorities progressing and adopting Local Plans across the region will lead to a scarcity of land coming through the planning system which is likely to counter any house price slowdown in the next few years as we head towards the next general election. Added to this, the Government’s focus appears to be on the ‘Levelling Up Agenda’, rather than on securing a decent housing supply in the South East. Unfortunately, national politics will pay a price in the supply of land coming forward with allocations and / or planning permissions in the next few years that will only drive the demand for consented land even higher.

Get in touch with our Residential Development team 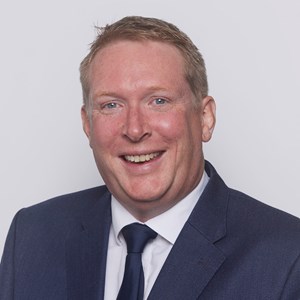