Is Gove the One to Solve the Housing Need Conundrum?

I've been pondering what to do for a blog over the last few months, trying to avoid one about housing need. But when our newly minted (deep breath) Secretary of State for Levelling Up, Housing and Communities (SoSfLUH&C?) commented that the data currently used is "probably out of date", I couldn't resist.

I can definitely go a bit further than Mr Gove and say the data is definitely out of date. The 2014-based household projections (2014HP) used in the Local Housing Need Standard Method (LHNSM) are based on population estimates that have since been replaced and the methodology used was subsequently found to be not fit for purpose by ONS and overhauled with two subsequent iterations (the 2016HP and 2018HP). There have been a couple of attempts to address this with the latest sticking plaster being the 35% uplift for the top 20 cities and urban centres.

The issues have not gone unnoticed and there have been a few appeal decisions where inspectors have given less weight to the LHNSM as a result of material evidence of their inaccuracy. This is a can of worms that needs to stay firmly lidded, nobody wants to go back to the days when LPAs and appellants spent days arguing over technical demographic and economic data in front of understandably bewildered inspectors. The only way to avoid this, however, is to replace the current LHNSM wholesale, but how?

There is no getting around the fact that the calculation of housing need has been politically weaponised. The LHNSM debacle has led to a backlash against centrally dictated top down housing targets that are the anathema of the localism agenda. Localism as a central pillar of Government policy appeared to have largely collapsed with Mr Cameron's political career, but there are green shoots appearing in the guise of 'levelling up' that are likely to become key to next year's local elections, and the subsequent general election in the not too distant future.

The SoSfLUH&C (I'm sticking with it) has a very tough job to balance the political aspects while ensuring that the final method is robust, objective and actually achieves the goal of the right number of homes in the right places. However this is done, it needs to be set in the context of wider planning reforms so that it works as seamlessly as possible with strategic policy-making to overcome issues of unmet need and cooperation with neighbouring LPAs.

So, what to do. I don't have a solution but here are my suggestions for starters:

Instinctively, yes, I think we still do. But I can also understand why this is regularly challenged, there is no research behind it, it was always a bit finger-in-the-air. With the publication of the 2021 Census next year, the Government will have the opportunity to produce a comprehensive study into the total housing need for England, justifying a revised target if necessary and finally giving some credibility to the debate.

Additionally, while they are confirming the total housing need, why not also look at a breakdown of what this may comprise, giving an indication of the contribution from retirement living and nursing home beds etc.

What geographies should be used?

LPA administrative areas have never been the most appropriate geography to calculate housing need since they are largely historical and often bear no resemblance to local housing markets. In smaller LPAs, their populations are not sufficient to produce stable projections, leading to significant fluctuations in results that make calculating future housing need a nightmare. Of course there are the constraints, such as Green Belt, that mean the resulting housing need cannot be met anyway.

Joint strategic planning is becoming more common and provisions in national policy have become increasingly in favour of this. The larger areas mean that calculations are likely to be more accurate, reflecting the whole housing market. Also, the ability to distribute housing across LPAs to avoid constraints means  there is a greater chance that the need will actually be met.

Therefore, I would like the forthcoming planning reforms to push LPAs further to work together on joint strategic plans at a scale that enables need to be robustly calculated and met in a sustainable manner. This also assists the Government in handing down some of the responsibility for the final distribution of housing to individual LPAs, a firm nod towards localism while also avoiding any reference to regionalism.

How should we actually calculate the need?

To my mind, if we can confirm the national target, the target for each strategic planning area should be a simple percentage of it. How we calculate that percentage shouldn't be that difficult and I think we have been trying to overcomplicate it for too long.

Ultimately, I do not think there is any indication that we want to substantially alter the distribution of housing across the country. By that I mean I don't think there is an intention for dwelling stock in London to be significantly increased from the current 15% of the national total to the detriment of other areas. Yes, we do need to recognise where there are jobs/commuting and affordability issues, but these are relatively minor adjustments by comparison. Consequently, rather than getting bogged down on the accuracy of household projections, why not dispense with them entirely? The national target determines the overall level of growth required, the purpose of the calculation is simply to distribute it across the country.

I would suggest that we look at the number of resident adults (since children do not form households, only occupy them), the number of jobs and the relative affordability of housing (both workplace based and resident based). For each measure we can determine a LPA's percentage of the national total, which in turn can be applied to the national housing target (for arguments sake, 300,000 homes).

For example, in 2020, Greater Cambridge had 0.51% of the adult population in England. Consequently, 0.51% of 300,000 homes results in a need for 1,521 homes per year. Using the same approach, for jobs the need would be 2,148 homes, workplace-based affordability would be 2,418 homes and resident-based affordability would be 2,522 homes. The average of the two affordability measures is 2,470 homes, which when averaged with the population and job measures results in a final need of 2,046 homes per year. This equates to 0.68% of 300,000 homes, a slight increase from that generated by the existing adult population to reflect the higher economic and affordability pressures. This compares well to the 2,111 homes per year set out in the draft Greater Cambridge Local Plan which is currently out for consultation.

This is illustrative only, and there could be plenty of justification to use more, less or different measures. Importantly though, the use of current data rather than projections are likely to make the final results far more stable from one year to the next. There would also continue to be uplifts to reflect policy interventions such as the proposed Arc Spatial Framework that the method cannot anticipate. I would suggest that these uplifts would be additional to the national target, effectively providing a buffer for any shortfall that cannot be resolved.

If the SoSfLUH&C can resolve the housing need conundrum to the satisfaction of all, he may well find himself nominated as the patron saint of planning. Realistically, however, all we can ask for is a method that produces housing numbers based on solid evidence rather than the current guesstimates masquerading as a mathematical formula. At least then we can have sensible conversations with communities rather than simply saying it's because the Government's computer says so… 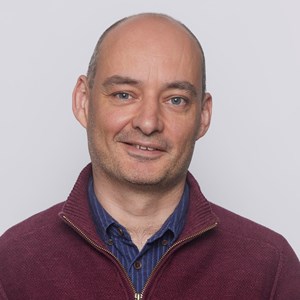 Get in touch with our experts