Exploring the Future of Plan-Making across Northamptonshire

What is the current status of plan-making?

Both areas have adopted Joint Core Strategies (JCS) that are over five years old, which has prompted work starting on two new Strategic Plans to will set out the long-term strategic framework for growth across Northamptonshire.

WNC ended consultation on a Spatial Strategy Options and 'Call for Sites' on 24th December 2021. As set out in our most recent Local Plan Watch, they now embark on an ambitious timetable of Draft Plan (Regulation 18) and Publication Plan (Regulation 19) consultations in 2022 followed by examination in 2023 and adoption by Spring 2024.

NNC commenced a ‘Call for Sites’ on 12th January 2022 that will run until 25th April 2022. An Issues/Scope consultation is planned for March/April 2022, followed by further Options, Draft Plan and Publication consultations scheduled over the next two years, with examination in 2024 followed by adoption in 2025.

Whether both Authorities are able to stick to these timeframes remains to be seen, particularly as both Authorities’ JCS took some 7 years to become adopted from initial commencement work. The current trajectory for anticipated adoption of the new Strategic Plans is ambitious and seems more likely to be prolonged further given the amount of work required to bring forward a sound Strategic Plan for adoption.

What will be the key challenges for the new Strategic Plans?

A fundamental challenge will be continued short-term housing delivery. Since adoption of its JCS, WNC has struggled to bring forward Strategic Urban Extensions (SUEs) at the pace originally envisaged, particularly around the edge of Northampton, which has resulted in shortcomings in housing land supply within the Northampton Related Development Area (NRDA). Northampton, as the main settlement, remains likely to be the most obvious location for further growth and the key challenge will be unlocking the delivery of additional SUEs in addition to those in the adopted JCS.

Other SUEs at key settlements such as Daventry and Rushden have also been delayed. The adopted Settlement and Countryside Local Plan (Part 2) for Daventry District then identified additional strategic allocations on the edge of town. Likewise, the East Northamptonshire District-wide Local Plan Part 2, which is due for Examination later this year, identifies more growth to the south-east of Rushden, potentially compounding existing delivery issues. A key challenge for the Authorities in developing the new Strategic Plans will be managing the potential for saturation of the existing key growth locations, understanding market absorption rate for new homes in these locations and how this may affect rates of housing delivery.

Where will the opportunities for developers through future plan-making lie?

WNC’s Spatial Strategy Options identified various options for housing and employment growth. Inevitably, brownfield sites within Northampton and greenfield sites on the edge of the town are likely to be considered favourable for new allocations, providing they can be supported by appropriate transport and social infrastructure. The sub-regional towns of Daventry, Brackley and Towcester also continue to be favoured for additional growth.

In addition, WNC are considering strategic scale growth north of Milton Keynes, which as covered in my colleague, Mark Harris’ blog from last year ‘Casting a lens on Milton Keynes’ growth’ , would require collaboration with Milton Keynes Council to  bring forward development and require significant investment towards highways upgrades and sustainable transport links into Milton Keynes.

In North Northamptonshire, the Growth Towns of Corby, Rushden, Kettering and Wellingborough in the JCS are likely to be the focus for growth in the new Strategic Plan. Other Sub-Regional Markets Towns in North Northamptonshire are also likely to play a key part in contributing towards future growth needs. For example, settlements such as Raunds, Thrapston and Oundle that already comprise a reasonable level of amenities and services. An approach to dispersing a greater level of growth to these Market Towns could be effective in addressing the housing land supply issues faced in other areas caused by over-concentration of development.

As for the Rural Areas, much of the growth that has come forward at villages over the past decade have been through speculative applications to bolster five-year housing land supply, Neighbourhood Plan allocations or as a result of the limited Local Plan Part 2 allocations. The Rural Areas of West Northamptonshire didn’t receive any further allocations in their Part 2 Plans. Given the number of sustainable villages with a reasonable level of local amenities and services, the Council needs to look closely at the role of these areas in the spatial strategy and the potential contribution towards short-term housing delivery.

Will there be short-term opportunities through the presumption in favour of sustainable development?

WNC 2021 Housing Land Supply Statements identified some 6.3 years for the former administrative areas of Daventry and South Northamptonshire, both of which do not include land within the Northampton Related Development Area (NRDA) where, separately, it has been acknowledged that a five-year housing land supply does not exist, with 4.8 years stated (although appeal decisions have found this figure to be lower).

Over the past year, several appeal decisions found the South Northamptonshire area able to demonstrate a five-year supply. Inspector’s supported the Council’s decision to undertake a ‘review’ of the JCS strategic policies and continue to use the JCS housing requirement for calculating its five-year housing land supply, rather than using the Local Housing Need figures.

Interestingly, NNC have taken the reverse approach and chosen not to ‘review’ it’s JCS policies, instead using the Local Housing Need figures for the basis of its five-year housing land supply (Planning Practice Guidance, Paragraph: 005, Reference ID: 68-005-20190722). Furthermore, NNC has chosen not to disaggregate the figures across the former Authority areas, resulting in an overall 7.05 years across North Northamptonshire.

Currently, WNC and NNC appear to be in a strong position to demonstrate a five-year housing land supply, with the exception of the NRDA. Should they experience further delays in housing delivery, this could open up a window of opportunity for speculative development to come forward to help meet short-term supply.

Without timely progress on the new Strategic Plans, there will likely be increasing short-term housing land supply pressures, possibly driving a continuation of speculative applications. 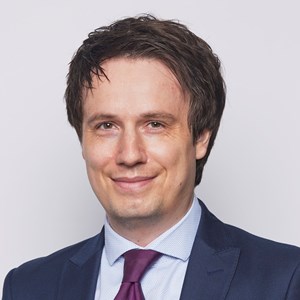 What does the Housing Delivery Test 2021 Result mean?

The Housing Delivery Test (HDT) results for 2021 were published on Friday 14th January 2022 by the Department for Levelling Up, Housing and Communities (DLUHC). Principal Planner, Robert Love gives his commentary on the results and what this means for development in our region and across England. 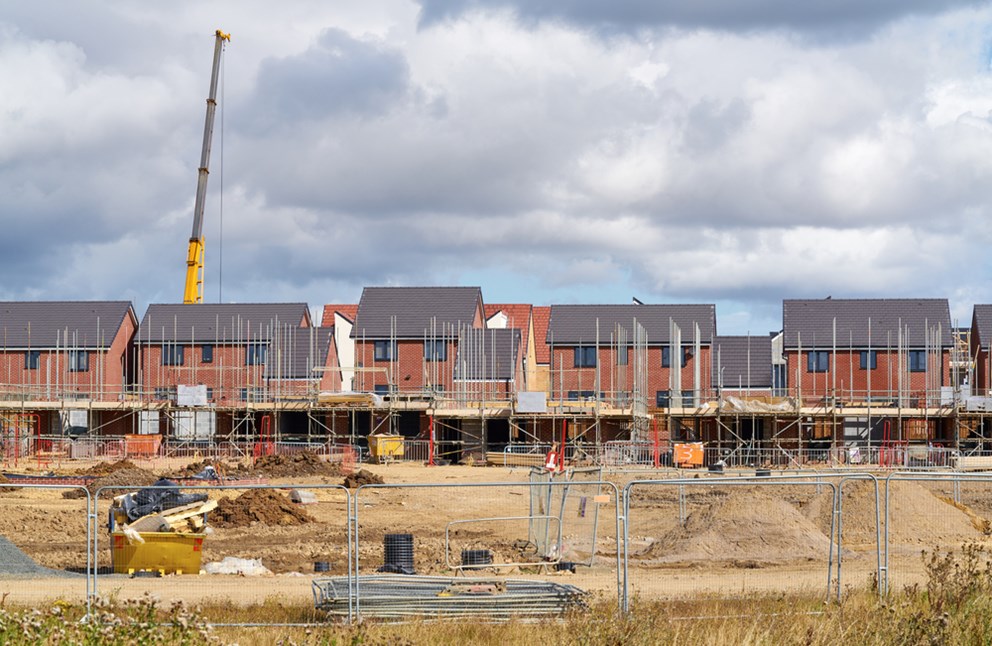 Is Gove the One to Solve the Housing Need Conundrum?

I've been pondering what to do for a blog over the last few months, trying to avoid one about housing need. But when our newly minted (deep breath) Secretary of State for Levelling Up, Housing and Communities (SoSfLUH&C?) commented that the data currently used is "probably out of date", I couldn't resist.

Is Gove the One to Solve the Housing Need Conundrum?
Wed 01 Dec · 3 MINUTE READ 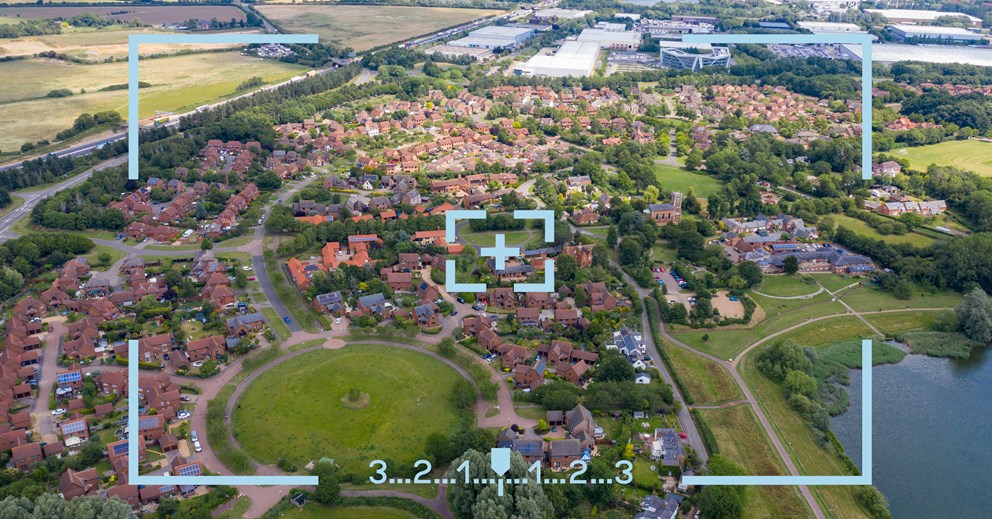 “In terms of delivering growth that is less about numbers and more about maximising benefits for the area, Milton Keynes Council appear to be making the right noises. But will authorities collaborate to shape development and deliver growth across the Arc that is greater than the sum of the individual parts?”