Avoiding emissions or avoiding the problem? The case of peatland carbon

In a previous article, Andy Turnbull outlined the £8.6 billion opportunity for private investment into peatland restoration - in Scotland alone. But as the rules and standards around corporate climate action evolve, there is a risk that certain types of nature-based solution are side-lined, because they reduce emissions rather than removing carbon from the atmosphere. Writes Matt Hay, Associate, Natural Capital & Sustainable Investment. 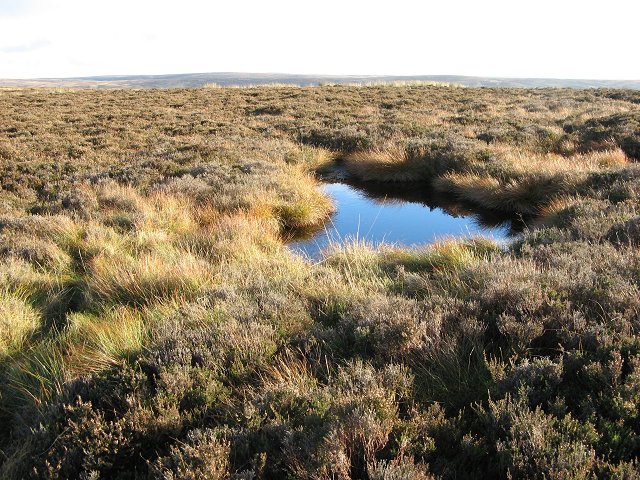 Taking responsible climate action can be a minefield. The trade-offs involved at all levels of engagement with the climate issue can be complex and obscure, especially without specialist knowledge. Take tree planting, an often-deployed nature-based solution to climate change. Does a business looking to mitigate their climate impact support forestry plantations that maximise the carbon sequestration potential of the land, or slower-growing, lower density woodlands which deliver better habitat for wildlife but slower rates of carbon removal?

The answer to such questions is often values-based, reflecting individual concerns about the relative importance of interacting issues such as the biodiversity crisis, social impact and landscape aesthetics.

Looking at this debate through the lens of degraded peatland in Scotland illustrates why it is crucial we get this right.

That said, a lot of guidance is now being produced to help climate-conscious businesses navigate these decisions. Much of the advice is very good, based on sound reasoning and a desire to engender meaningful action instead of ‘greenwash’. But one arena where the nuances are still not being captured is in the discussion around two categories of carbon offset: those that remove greenhouse gases from the atmosphere, termed ‘carbon removals’, and those that avoid emissions at source, termed ‘emissions reductions’. Looking at this debate through the lens of degraded peatland in Scotland illustrates why it is crucial we get this right.

The Hierarchy of Carbon Credits

A debate has raged around carbon offsetting for as long as the concept has been in existence. One extreme characterises offsets as a panacea, enabling businesses to take responsibility for their climate impact all the while investing in worthy projects, often in the global south. The other side derides offsets, both ideologically and also as a borderline scam that rarely delivers any meaningful climate mitigation due to poor oversight and governance.

In between these two extremes, a reasonable consensus is starting to emerge that offsets have a role to play in the transition to net-zero. They should never be used as an excuse to avoid decarbonisation nor considered to be a comprehensive solution, but instead viewed as one weapon in our arsenal as we battle to limit warming to 1.5°C. If deployed sensibly and sparingly, for the next few decades only, they can and should have an important part to play.

This is the view set out in The Oxford Principles for Net Zero Aligned Carbon Offsetting (published in 2020), which states that businesses should “prioritise reducing your own emissions”, thereby minimising the need for offsets to be purchased.[1] The Science-based Targets Initiative (SBTi), which assists private sector organisations in setting and achieving ambitious climate action, goes even further, stating in recent guidance that “carbon credits may only be considered an option for neutralizing residual emissions…”, which can account for no more than 5-10% of a company’s carbon footprint.[2] [3]

Where the Oxford Offsetting Principles and SBTi disagree, however, is in the use of ‘emissions reductions’ offsets, i.e. those carbon credits generated by projects that avoid greenhouse gas (GHG) emissions rather than removing any from the atmosphere.

The former states that “organisations must commit to gradually increase the percentage of carbon removal offsets they procure with a view to exclusively sourcing carbon removals by mid-century”, whereas SBTi believes emissions reductions carbon credits “do not count towards science-based targets” at all.

So why the different stance, and what is SBTi’s rationale for deeming emissions reductions insufficient?

It all has to do with the climate mitigation these offsets will actually supply. With atmospheric CO2 concentrations exceeding 416 parts per million.

We’re at the stage now where reducing our GHG emissions is no longer sufficient.

We’re at the stage now where reducing our GHG emissions is no longer sufficient if we are to limit global warming to 1.5°C.[4] Even if our societies achieve net-zero by the middle of this century, it is highly likely that we will have to (continue to) remove significant amounts of CO2­ from the atmosphere to avoid the worst impacts of climate change.

As a result, carbon credits that merely reduce global emissions rather than actively scrubbing GHGs from the atmosphere are no longer seen as sufficient by some, including SBTi. While no-one is claiming that emissions reductions offsets can be used indefinitely, there is a strong case to support the Oxford Principles’ stance that “an immediate transition to 100% carbon removals is not necessary”. In my opinion it is not only unnecessary, but undesirable.

The reason to reject a blanket ban on emissions reduction offsets is found in Scotland’s blanket bogs, a type of peatland. Covering over 1.8 million hectares, nearly a quarter of Scotland’s area, peatlands are one of our country’s most important ecosystems.[5] As carbon stores they are unmatched, storing 1.7 billion tonnes of carbon, more than 30 times the amount contained in all of our woodlands and forests.[6] [7] They also retain and filter huge amounts of water, with 70% of Scotland’s drinking water coming from peatland dominated catchments.[8] The biodiversity they support is some of the richest and most distinctive in the country, with specialist species like black throated diver, dwarf birch, golden plover and hen harrier all calling peatland habitats home.[9] 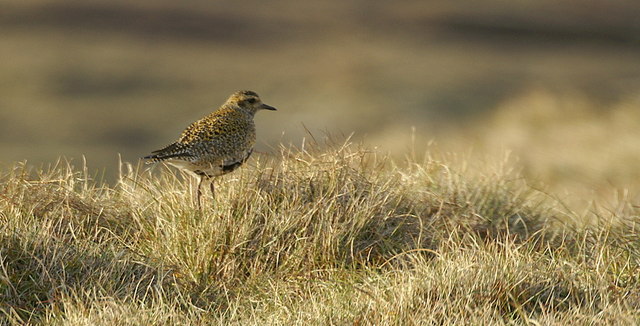 To put that in context, around 20% of the country’s net total emissions are being belched out by our degraded peatlands every year.[11] This is such a massive source of emissions that Scotland’s land, even with all the afforestation that is going on, is currently a net source of greenhouse gases, emitting more than it sequesters. When you consider that healthy peatlands could act as carbon sinks, it is clear that peatland restoration is going to be critical to Scotland achieving net-zero by 2045.

Around 20% of the country’s net total emissions are being belched out by our degraded peatlands every year.

The Scottish Government recognises this and has set the ambitious goal of restoring 250,000 hectares of degraded peatland by 2030. Importantly, this target has been backed up with £250M worth of funding, to help kick-start a peatland restoration industry in Scotland. But to really achieve the speed and scale of peatland restoration that is required, private sector investment will have to play its part, too. This is where voluntary carbon markets come in, with domestic standards like the IUCN Peatland Code allowing the climate benefits of restoration projects to be monetised through the generation and sale of carbon credits. So far, so good.

The problem is that all the carbon offsets generated from peatland restoration are of the ‘emissions reduction’ type. This is because the restoration works put a peatland on the road to recovery, reducing the amount of CO2e it emits but not necessarily transitioning it into a net carbon sink. For some bogs, even once they have been restored, it can take decades before they start actively sequestering CO2, meaning there is no potential for their climate benefits to be monetised as carbon removals in the short-term. In fact, some of our peatlands will never become carbon sinks again, but at least post-restoration they will be emitting far less.

A need for nuance

Returning to SBTi’s guidance, any business that wants to align with their science-based targets would be discouraged from purchasing the carbon credits generated by UK peatland restoration projects. In effect, their ‘Net Zero Standard’ acts as a disincentive for private finance to support Scotland’s peatland restoration goals. Yet, as the climate continues to warm and our weather becomes increasingly unpredictable, Scotland’s peatlands are likely to degrade further, contributing ever more to the country’s carbon footprint.

Viewed in this way, an eschewing of emissions reductions offsets seems self-defeating: stymieing investment into important nature-based solutions like peatland restoration simply because of a rigid adherence to a dichotomous categorisation of carbon credits. The desire to avoid greenwashing and low mitigation offsets is both understandable and laudable but UK peatland carbon credits are some of the highest mitigation options on the market, produced with integrity in compliance with the government-backed Peatland Code.

This is a problem we need to unpick, and quickly. We need to provide greater context and nuance in our assessment of which offsets can be considered worthy, to ensure that we are not deflecting flows of private finance away from where it is required. But most of all, we need to keep sight of the bigger picture: to remind ourselves and other climate-conscious businesses that the end game here is avoiding further emissions from degraded ecosystems, not avoiding the carbon credits that can help achieve that goal.

The £8.6bn opportunity? by Andy Turnbull 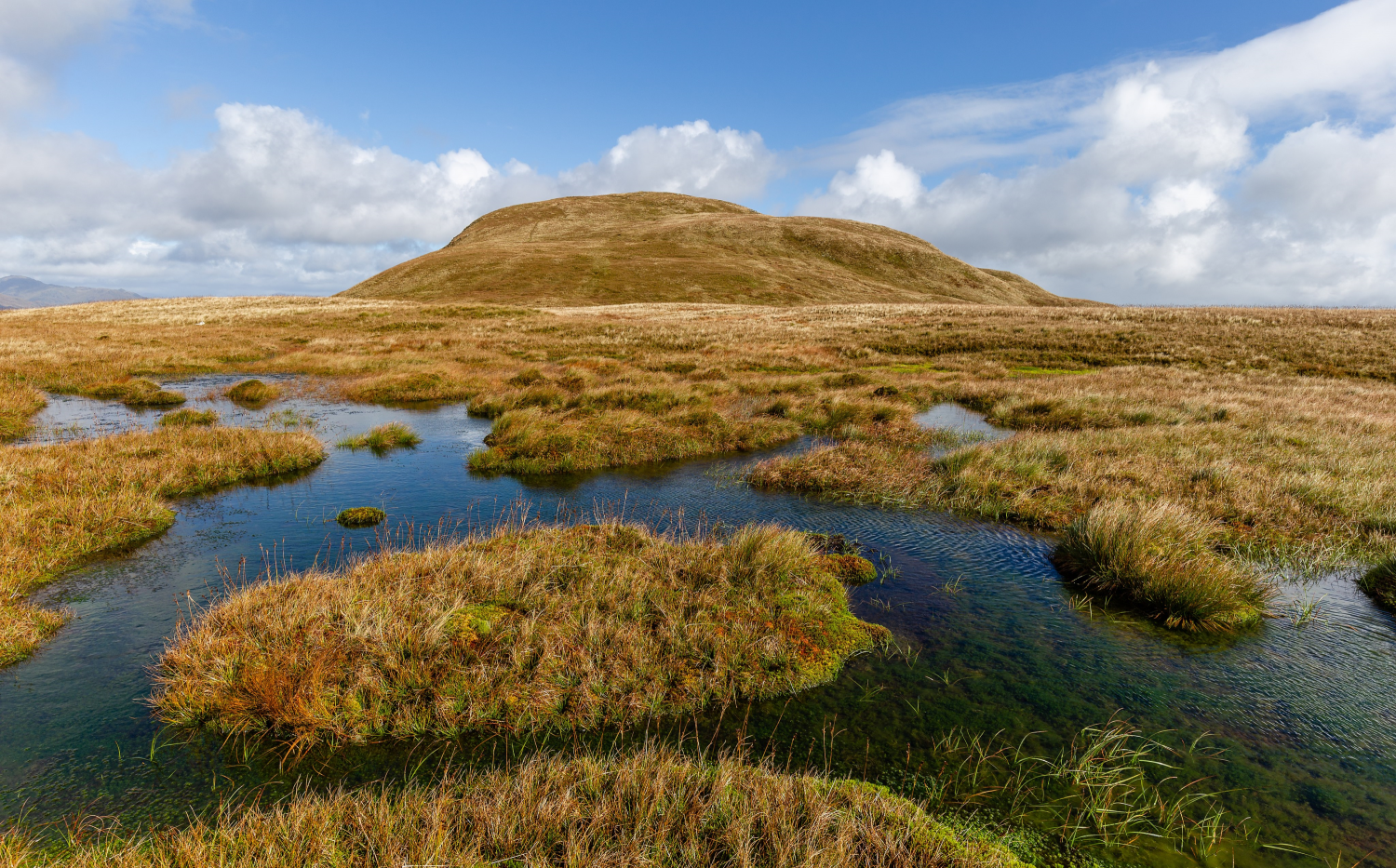 A ‘blessing’ of the UK’s cool and wet oceanic climate is that it allows for the formation of peatland, fondly referred to as ‘bogs’. Peatlands are not unique to the UK but are found across the globe and on all continents... 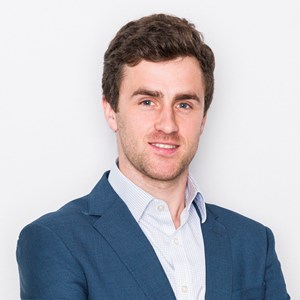