What is Silicon Fen?

Silicon Fen is a vibrant hub for tech and digital innovation in the UK. We delve into how Silicon Fen came about and what makes it the phenomenon it is today.

Silicon Fen, or the Cambridge Cluster, is the name given to the region around Cambridge, England. Silicon Fen is a vibrant hub of tech and innovation and a hotspot for businesses focused on electronics, software and biotechnology. In fact, the area has grown to become one of the most important technology centres in Europe and has attracted global interest. But how did Silicon Fen come about and what makes it the phenomenon it is today?

Silicon Fen is closely associated with the University of Cambridge, therefore, part of its growth can be attributed to the university. Its burgeoning tech sector can be traced back to 1970 when Trinity College launched its Cambridge Science Park Initiative, which was later spurred on by the launch of Acorn Computers in the region in 1978.

The area has since become home to around 1500 companies employing over 50 000 people combined, and in addition to Acorn, has produced some of the UK’s most successful businesses and tech start-ups, like Solexa, SwiftKey, Raspberry Pi and Darktrace, among others. The university city is also home to game studios like Jagex and Frontier Developments as well as many data-driven life-sciences businesses.

The name ‘Silicon Fen’ is derived from Silicon Valley in California, home to the world’s largest high-tech corporations and 39 Fortune 1000 businesses, while ‘Fen’ refers to its location at the southern tip of the English Fenland.

The growth of silicon fen
With the help and reputation of the university, many academics, scientists, and innovators were attracted to the area with the intention of funding their own tech ecosystem in the heart of Cambridge, and today, Silicon Fen is one of the most successful areas in the UK.

Cambridge is now also one of the fastest growing cities in the world with an employment rate of 7.4% - faster than China. There are currently over 1500 companies in the technology and life sciences sectors based in Silicon Fen, bringing in a total revenue of £14bn per annum. The region has also attracted over £153m in digital tech investments and provided over 30 000 digital tech jobs in the UK market. Silicon Fen also produced and is home to 12 billionaires among the university alumni.

Indeed, much of the city’s growth can be attributed to the university, which acts as a catalyst, having invested £1bn in more than 500 hi-tech and computer-based companies over the last few decades. In addition to the university being a key player in the growth of the tech scene, the private sector is also a dominating force. The Cambridge science park has brought major development to the area, while similar developments are being launched throughout the city.

While the funding and reputation of the university has certainly moved things along, another factor contributing to the area’s success is the employment market. Thanks to a booming industry, employees are willing to move to Cambridge as it promises career prospects beyond a single company, while the region’s high degree of networking opportunities enables people across the UK to find jobs and funding. Other key factors include a high standard of living and good transportation links.

The biggest businesses in Silicon Fen
The region is home to 25 science parks, including the new Cambridge Bio-Campus that, once completed, will be the biggest medical science centre of its kind in the world. Music streaming service and one of Europe's best success stories Spotify has an office in Cambridge, which is used as a customer support base, while Raspberry Pi, the developers of a small computer that teaches people coding, was also founded in this region with help from the University of Cambridge.

Cyber defence company Darktrace is also based in the area, while Microsoft cemented its presence in Cambridge in 1997 when it set up a small research centre, and now has a large office in Silicon Fen. Amazon is using Cambridge as a testing ground for its experimental new drone delivery service while Apple arrived in Cambridge at the end of 2014 after opening up an office with 40 staff.

The city is also home to internationally renowned science centres such as the MRX Laboratory for Molecular Biology, the Wellcome Trust Sanger Institute for genomic research and the Babraham Institute for Immunology.

Why are businesses moving out of London?
Silicon Fen has become a tech hotspot because it is close to the science and engineering talent coming out of Cambridge University. What’s more, its proximity makes it conveniently located close to London but with much cheaper rents. Around three-quarters of all digital companies in the UK operate outside of London, with analyses showing that the growth of digital business reaches far beyond the capital.

In fact, according to recent data, 74% of digital companies are based outside of the capital, and while the city continues to evolve into its own city-state, it seems to be lagging in the tech world. That said, the development of the tech industry outside of London sees other areas of the country attract more attention as well as the talents of young graduates and entrepreneurs.

The future of Silicon Fen
As a tech hub, Silicon Fen has managed to attract venture capitalists, bankers, consultancy firms and other specialist organisations, with Cambridge being ranked as one of the top three ‘innovation ecosystems’ in the world. This is where both Microsoft and Toshiba decided to set up research labs, while AstraZeneca has chosen it for its corporate headquarters, which will bring about 2000 researchers and support staff to Cambridge.

The John Bradfield Centre, the newest addition to the Cambridge ecosystem, acts as an incubator for science and tech entrepreneurs, while the university will continue to build its already solid reputation in learning by contributing towards more industry-disrupting businesses and innovations.

According to a UK Powerhouse report, Cambridge’s skilled workforce and range of highly productive industries that include engineering, design, and pharmaceuticals, contributed to a 2.9% YoY expansion in output in the 12 months to Q1 2017. The report also forecasts that Cambridge will have the fastest growing economy over the next ten years.

Cambridge is now one of the fastest growing cities in the world with an employment rate of 7.4% - faster than China

Speak to one our Science and Tech experts 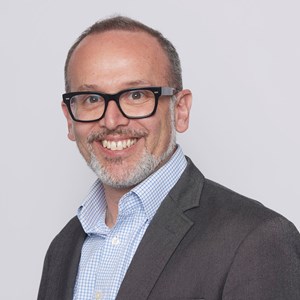