It’s no secret that the high street is struggling. But we’re now seeing planning decisions reflecting the new Government approach of speed and flexibility.

The demise of the high street has recently been further exacerbated by Covid-19, with over 24,000 retail jobs lost in the first half of 2020.  The general rise of online retail and out-of-centre shopping centres has meant that vacancies have soared in town centres, seeing decreasing footfall as a result. This prevailing trend has prompted countless studies, which all seem to conclude that increasing flexibility is the answer.

This has prompted the Government to, as part of their ‘Project Speed’, introduce radical new changes to the Use Class System – namely, the new ‘E’ Use Class.  Current uses falling under A1, A2, A3, B1, parts of D1 and parts of D2 can change to the new E-Class use, without the requirement for planning permission.

Ahead of these regulations coming into force, our clients are already seeing the benefits. One of our recent appeal successes for a client demonstrated the new ‘E’ Class is already taking effect on the high street.

Our client’s proposal was to change use from A1 retail to sui generis Adult Gaming Centre in a Town Centre, with the site situated along the Council’s designated Primary Shopping Frontage (PSF). PSFs are locally designated areas in central locations that seek to prioritise shops and retail over other uses.

The initial application was refused by the Local Authority, primarily on the basis of ‘impact to vitality and viability of the Town Centre and PSF’.

Bidwells gathered evidence to show that actually the premises had been vacant and actively marketed for over two years.  We also saw the net benefits of the proposal, which would create new jobs and footfall generation. It would also build the evening economy due to the 24-hour nature of the use.

In deciding the appeal, the Inspector agreed with our argument, placing weight on these benefits to the Centre as a whole. This was despite also recognising that the location already “appeared to be a healthy town centre shopping area”.

Most noteworthy however, was his approach to the upcoming changes in legislation, stating:

“I am also mindful of the forthcoming changes to the Use Classes Order that will come into effect on 1 September 2020, allowing greater flexibility for changes of use from retail within town centres. While this would not directly affect this proposal as the proposed use is sui generis it is a material consideration in respect of how it would affect the current policy and in particular the aims of retaining primary retail frontages”.

Wider implications of the new legislation

The new Use Class system effectively removes the control of local councils for such changes of use. While this may have implications for amenity, heritage and other matters, drastic problems require drastic solutions and our high streets are in desperate need of some radical thinking.

Our recent example of an appeal decision gives an indication as to how similar decisions on high streets may be treated in future and places questions over the effectiveness of relevant local plan policies.

This new increase in flexibility will bring important benefits to these areas and it is going to be fascinating to follow how the landscapes of our high streets are changed following these wholesale changes.

Subscribe here to our Local Plan Watch to find out more about the impending system overhaul. 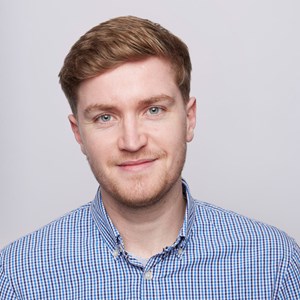