The problem with Non-Designated Heritage Assets

How, why and (crucially) when are buildings that are not considered to be worthy of local listing identified as NDHAs? Kate Hannelly-Brown explains the problems with non-designated heritage assets in our latest planning blog.

People may have heard of a building being ‘locally listed’, a process by which a Local Planning Authority (LPA) can identify a heritage asset that has some interest but falls short of the criteria for statutory designation by Historic England.

A ‘non-designated’ heritage asset (NDHA) is a newer concept and is different to a local listing. While it is agreed that all locally listed buildings are NDHAs, not all NDHAs are necessarily locally listed. This leaves the question: How, why and (crucially) when are buildings that are not considered to be worthy of local listing identified as NDHAs?

Currently, LPAs can identify an NDHA at any point, with the large majority of those being identified following the submission of a planning application. This creates a huge level of uncertainty and controversy for applicants at a critical stage of development. To help combat this, in July 2019 the Planning Practice Guide (PPG), which accompanies the National Planning Policy Framework (NPPF), was amended to remind local authorities that the identification of NDHA is a rarity rather than a common occurrence and, if a building is highlighted as such, it should have sufficient justification and plausibility. In other words, just because a building is old, or holds a record on a local Historic Environment Record (HER), it does not mean it should automatically be treated as an NDHA. In fact, the PPG states that “a substantial majority of buildings have little or no heritage significance and thus do not constitute heritage assets. Only a minority have enough heritage significance to merit identification as non-designated heritage assets”.

At a national level, the number of buildings which have clearly been identified as NDHAs across the country is sporadic at best. At the top end of the scale are the authorities which hold a local list and have published the criteria used for this identification. Although this is helpful, local listing is different to the identification of ‘non designated’ assets which means that there are still holes in knowledge and information for developers (or property owners). In contrast, at the bottom end of the scale are the LPAs that lack a local list, making the whole process feeling somewhat ‘Wild West’ in nature: who moves first; and if you move, will you be NDHA’d?

Another major problem in the current way of dealing with NDHAs is that there is no formal independent appeal process when a building is identified as an NDHA, reducing clarity and confidence in the process. The only recourse is to try to counter the opinion of the LPA during the process of an application or else to seek to overturn their views before a Planning Inspector at appeal.

This lack of clarity as to what should be considered an NHDA has led to the planning inspectorate trying to step in and help with the issue of local heritage. Several recent appeal decisions relating to NDHAs have been issued in 2021 which reflect the updated guidance within the PPG, although not all decisions agree.

A recent appeal decision in Haslemere (APP/R3650/W/21/3266933 The Heights Haslemere) clearly set out that the appeal site, although relatively attractive, held only limited heritage significance. Although the LPA had identified it as an NHDA, the Inspector took the opposite view and found that it was not subject to the considerations of Paragraph 197 of the (NPPF). The Inspector concluded that “the building does not have anything other than limited heritage significance and I do not consider it to be a non-designated heritage asset.” This assessment of relative value could topple very many claims of NDHAs at LPA level.

With a sense of confusion at all levels, the proper identification of NDHAs is a minefield and is likely to remain such until a national response, which brings clarity to the appropriate significance criteria, is established. 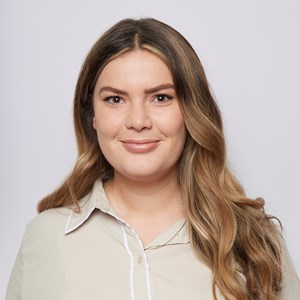