When the revised National Planning Policy Framework (NPPF) was launched in 2019 the hopes of many landscape architects were dashed on discovering that neither Green Belt ‘openness’, or ‘valued’ landscape were further explained or defined.

When the revised National Planning Policy Framework (NPPF) was launched in 2019, the hopes of many landscape architects were dashed on discovering that neither Green Belt ‘openness’ or ‘valued’ landscape were further explained or defined. These debates are lacking undisputable guidance and professionals undertaking landscape assessments are waiting for a statutory steer to clarify their interpretation.

In the absence of Statutory Guidance, case law remains the only interpretation of definitions in the debate on openness with an occasional light appearing in the darkness when a new judgement is added to existing precedents. The recent ruling by Lord Carnwath (R (on the application of Samuel Smith Old Brewery (Tadcaster) and others) (Respondents) v North Yorkshire County Council (Appellant), February 2020) provides new evidence to define Green Belt ‘openness’.

Lord Carnwalth’s ruling particularly regards the visual aspects of the Green Belt and overturns Lord Justice Lindblom’s previous decision. The latter stated: ‘the policy implicitly requires the decision-maker to consider how those visual effects bear on the question of whether the development would “preserve the openness of the Green Belt". This judgement confirms the link between the assessment of visual impact with the effects of the development on the openness of the Green Belt, however Lord Carnwalth’s recent judgement affirms that "Paragraph 90 does not expressly refer to visual impact as a necessary part of the analysis, nor in my view is it made so by implication. As explained in my discussion of the authorities, the matters relevant to openness in any case are a matter of planning judgement, not law". He also adds "I do not read the officer as saying that visual impact can never be relevant to openness".

Prior to this, the definition of Green Belt openness in the context of assessing potential development effects has been largely based on the following case law:

These lead to the logical conclusion that both volumetric and visual aspects of the proposal should be taken into consideration to define the effects on the Green Belt. So, does Lord Carnwalth’s decision provide us with the much-needed light in the dark? We’d argue that not much has changed!

Although Lord Carnwalth’s decision overturns Justice Lindblom’s assertion that the policy implicitly requires a consideration of visual effects on Green Belt openness, it does not do away with this link entirely. Rather, Lord Carnwalth’s decision to permit development based on the opinion that visual impact is not pertinent to Green Belt openness does not imply that this is not ever relevant, it wasn’t in this case. Ultimately, it is in the hands of the planning officers to weight the information appropriately as they are ‘a matter of planning judgement’.

Despite Lord Carnwalth’s ruling, we believe it is good practice to assess both spatial and visual aspects within a Green Belt appraisal to establish a development’s impact on landscape. This approach ensures that any relevant considerations likely to form part of that ‘planning judgement’ are understood at the outset to proactively inform an understanding of the site.

For further information on Green Belt Analysis or our other Landscape Assessment Services. click here. 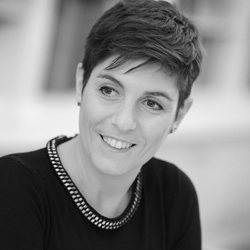