Riding the coat tails of the new London Plan, we expect significant activity across London’s local plans in the next 18 months. As the capital looks to recover from the pandemic, the competing priorities will be a challenge to policy officers London-wide.

London Plan - On 29 January 2021, the SoS confirmed to the Mayor of London that he is content for the London Plan to be formally published. That was completed on 2 March 2021 meaning that the London Plan 2021 is now a formal development plan document. The Mayor’s flagship Good Growth agenda has been formally brought into existence. Other central aims and objectives include:

Most important to clients will be the detail underpinning the move to becoming zero-carbon. New major development is required to be net zero-carbon now and this includes embodied and lifecycle carbon. This fundamental change means that all major schemes are required to calculate whole life-cycle carbon emissions. This is not a simple exercise and will require deliberate actions at the earliest stages of design development.

However the unprecedented warnings from the SoS remain; London has an acute pressure for additional housing and in Robert Jenrick MP’s words, “Khan still has a very long way to go to meet London’s full housing need - something that the adopted plan clearly and starkly fails to achieve”. This has been estimated at some 94,000 homes each year. In this respect, the consideration of the next London Plan is unlikely to be far away and MHCLG is expecting much greater cooperation with boroughs outside the M25.

Over the coming weeks and months we are expecting a range of supplementary guidance to be adopted. Consultations have been completed on Good Quality Homes for all Londoners; Public London Charter; Circular Economy Statements; Whole-life Carbon Assessments; and ‘Be Seen’ Energy Monitoring Guidance.

Finally, we would draw clients’ attention to the explanatory note relating to the application of the new Use Class Order to the London Plan 2021. There are clearly moves to row back on the broad application of Class E, with a focus on the sub classes, and in some cases, sub-sub classes, within.

Over to the Boroughs - Following the London Plan 2021 being adopted, we expect a flurry of Local Plan updates from the London boroughs. Indeed, stalled plans are now moving again.

Climate Emergency - Features across all emerging plans. Under the GLA’s guidance, we expect that the London boroughs will be scrambling to become leaders in this field.

The existing Local Plan (Core Strategy) was adopted in 2010.

Following our previous update, work has progressed with a new Local Plan running to 2037.

Regulation 19 consultation concluded in November 2020 and we understand that the council is now preparing a submission draft with the LDS indicating submission spring/summer 2021.

Adoption is not expected until late 2021 at the earliest.

The existing Local Plan is principally made up of the Core Strategy DPD and Development Management Policies DPD, both adopted in 2012.

Revisions to the Local Plan are being prepared, with Regulation 18 consultation concluding in the spring of 2020. The council is now behind target for progressing to Regulation 19, which was due winter 2020/21. We don’t expect adoption to take place for at least 18 months.

Bexely’s Local Plan is formed of a Core Strategy (2012) and saved UDP Policies (2004). It is significantly out of date.

Regulation 18 consultation concluded in April 2019 and activity has slowed significantly pending the adoption of the London Plan.

Following an update to the LDS, we expect Regulation 19 to take place soon this year, with submission target prior to the year end. Adoption is likely to be 18 months away.

Following examination of the Draft Brent Local Plan in late 2020, the council has been liaising with the inspector on specific questions. Now that the London Plan 2021 is in place, the council has proposed minor modifications to its tall building policies and we would expect adoption of the new Local Plan to occur within the next two to three months.

12 months ago, the council adopted a new Local Development Scheme which identified that a review of the Local Plan would take place in late 2020/ early 2021.

A review of the site allocations is, however, underway with Regulation 18 consultation being undertaken in early 2020.

An update on the next stage is awaited.

A review of the Local Plan was commended with a Regulation 18 consultation in 2016. Formal Regulation 19 consultation concluded in February 2019 and further work was delayed in light of the pandemic and wider planning reform. It is now expected that consultations on a revised draft will take place soon this year.

Adoption is not expected until mid-2022 at the earliest.

Croydon’s Local Plan was adopted in 2018.

A Local Plan review is underway. Subject to the financial uncertainties at the council, it is expected that the March 2022 adoption will be delayed.

The next stage is for the publication of the Regulation 19 draft which is expected this summer.

We consider it reasonable to expect adoption late 2022 at the earliest.

The current Local Plan comprises the Core Strategy (2012), Development Sites and Development Management Policies (both 2013). The Local Development Scheme was last updated in 2015 and is out of date.

The current Local Plan is out of date. An Issues and Options consultation was concluded in February 2019 but further stages have not progressed. A revised Local Development Scheme (Dec 2020) suggests that the council will undertake a revised Regulation 18 consultation in the summer of 2021 with Regulation 19 following 12 month later. Adoption not expected until early 2024.

The current Local Plan is out of date. Whilst a preferred options consultation on site allocations concluded in October 2019, the formal regulation 19 consultation has not proceeded as expected and no further updates are within the public domain. A revised LDS is awaited.

On 28 February 2018, Hammersmith and Fulham adopted its new Local Plan.

Haringey’s current Development Plan was adopted in July 2017. A first step engagement concluded on 1 March 2021 following a lengthy period to account for Covid restrictions. A formal Regulation 18 consultation is expected in late 2021. Adoption is not expected until 2023 at the earliest.

The current Local Plan is out of date. According to the Local Development Scheme (Nov 2019), the consultation on the Issues and Options was due to take place between April and May 2020 with adoption following in spring 2023. There are no updates at the current time, but the programme is some 12 months behind schedule.

The current Local Plan is out of date. However, a revised Havering Local Plan (2016-2031) is advanced with examination and main modifications being consulted upon in late 2020. The new Local Plan is currently being reviewed for conformity with the new London Plan.

The Hounslow Local Plan was adopted on 15 September 2015 and covers the period until 2030. It is due a review. In this respect, the council is undertaking Local Plan reviews for Great West Corridor, West of Borough and site allocations. These documents were submitted for examination in December 2020. The examination process in ongoing and adoption is anticipated in mid/late 2021.

The current Local Plan is out of date however the council submitted a review, which will replace the Local Plan in full in February 2020. The Examination in Public has commenced and pre-hearing changes are proposed. Adoption is unlikely to take place for 9-12 months.

The council adopted a Local Plan Partial Review (LPPR) in September 2019. Following this, the council commenced work on a comprehensive review. A Regulation 18 consultation is expected to commence in the summer of this year. Submission is expected late 2022. The plan should therefore be in place mid-2023.

The current Local Plan is out of date. Accordingly, the council has commenced a Local Plan Review which will replace the existing Local Plan (2012) and Kingston Town Centre Area Action Plan (2008).

The existing Local Plan is out of date. The council is working on revisions with a Regulation 18 consultation open until 11 April 2021. The Local Development Scheme does not expect adoption until mid-2022 at the earliest.

London Legacy Development Corporation Local Plan 2020-2036 was adopted in July 2020 and is up to date for the purposes of decision making.

The existing Local Plan includes various documents which are considered to be out of date. The council has already undertaken two rounds of consultation at Regulation 18 stage. A third consultation recently closed in February 2021. Regulation 19 consultation is expected later this year. Whilst the timetable states adoption by the end of the year, we would expect this to be 2022 at the earliest.

The draft Local Plan for the OPDC has been a long drawn out process. Following submission for examination in 2018, hearings have concluded and modifications prepared. It is expected that there will be six weeks consultation on these changes with the inspector’s report expected towards the end of the summer this year. Adoption is targeted for the end of 2021.

Work has now commenced on a new Local Plan. Alongside a call for sites, an early informal consultation concluded in April 2020. A formal Regulation 18 consultation is expected to take soon this year with a Regulation 19 draft issued 12 months later. Adoption is not anticipated until spring 2024.

The council submitted the New Southwark Plan to the Secretary of State on 16 January 2020. There has been a lengthy process of examination with main modifications being proposed. Further hearings sessions are scheduled to complete this spring. Adoption is expected before the end of this year.

The Sutton Local Plan was adopted in February 2018 and is up to date.

The Tower Hamlets Local Plan 2031: Managing Growth and Sharing Benefits was adopted by Full Council on 15 January 2020. It remains up to date.

The council is in the process of preparing a new Local Plan which will replace the out of date Core Strategy (2012) and Development Management Policies (2013).

A Regulation 18 consultation has just concluded on the draft with Regulation 19 expected to follow this autumn. Adoption of the Local Plan is anticipated spring/summer 2023.

The council submitted the City Plan 2019-2040 to the Secretary of State on 19 November 2019 and following examination, the inspector’s report was received on 19 March 2021. Adoption is expected imminently. 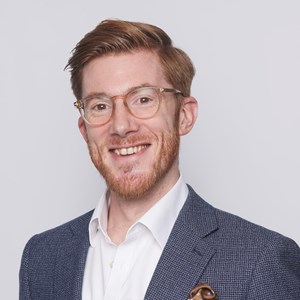