London is internationally renowned as a business centre, particularly for financial services, the creative industry and its appeal to technology firms. But, new research reveals that Oxford, Cambridge, and Milton Keynes are on track to becoming the UK’s most innovative and entrepreneurial cities.

Recent research by Bidwells, the leading adviser to the science and technology sector, shows that the UK’s Golden Triangle has seen exponential growth. The strength of the market is reflected in a range of major developments, investment, and business initiatives.

Glassdoor’s 2017 study of the 25 Best UK Towns & Cities to Work In noted similar growth in these cities, with Cambridge, Milton Keynes, and Oxford ranked 3rd, 8th and 10th respectively.

Bidwells weighs in on what makes these cities so desirable for businesses, investors, and top talent.

With fast-growing local economies, rapid expansion across a variety of sectors, and increasing supply of office space, the Golden Triangle is an ideal environment for business.

Top companies are congregating there particularly from the technology and life sciences, and it boasts one of the concentrated talent pools anywhere across the UK and Europe.

What Makes the Golden Triangle a Top Choice for Business?

2017 has been a great year for business growth in Oxford, Cambridge, and Milton Keynes.  Despite Brexit fears, business is continuing to invest in the region, with more than 50% of commercial property purchases over the first half of this year made by overseas investors, and here’s why:

Milton Keynes ranks fourth in the UK for its start-up rate, a recent report revealed, with the fast-growing city also ranked third in the UK for having the highest number of businesses.

In the European Digital City Index’s analysis of the digital entrepreneurial landscape of 60 cities across Europe:

The study also found that more patents are published in Cambridge than in any other city in the UK. And with 80% of the start-ups still in business after three years, it is proving to be a stable area for new firms.

Demand for Office Space on the Rise

According to Bidwells, prime rents in Cambridge and Oxford (referring to the median rent of the top 3-5 % of all lettings in a submarket) continue to rise while in London, the UK’s leading tech hub, office rents significantly decreased.

Sharing insights from recent Bidwells research, Dick Wise, Head of Business Space Agency, adds: “As part of the regional knowledge economy, office and lab rents have skyrocketed in recent years, with the science and technology industries contributing significantly to growth in the area.”

The research found that during the first half of this year:

For businesses in biotech and science, the Golden Triangle has significant advantages over its US counterparts - asking rents are approximately £33 per sq. ft. compared to lab space around MIT, in Massachusetts, which cost upwards of £63.

In Milton Keynes, the demand for occupied floor space has increased by 1.1m sq. ft. since 2010, with a 28.6% growth in secondary rents since 2012. International investments in the area, like the Canada Pension Plan’s recent purchase of a 50% stake in Milton Keynes, is further evidence that the UK commercial property market remains attractive in the context of other investment options.

Additionally, CEG just finished a refurbishment worth over one million pounds to introduce a trendy new ‘plug and play’ atmosphere called Witan Studios, an inviting flexible and high-collaboration workspace. Adding yet another attraction for businesses to join the start-up scene in Milton Keynes.

The Bidwells five-year forecast for office market rental growth across the ‘Golden Triangle’ anticipates a slight slowdown over the next 12-18 months before accelerating in 2019/20. With doubts still clouding the London office market over the same time period, this might market a significant turning point for investors looking for returns in Cambridge, Oxford, and Milton Keynes.

Rapid Growth and Expansion of Sectors

Milton Keynes has the UK's fastest-growing city economy, and it was one of only seven cities to achieve annual GVA growth of at least 2.0% in Q2 of 2017.  The garden city is firmly positioning itself to become a UK leader in technology, and businesses and skilled talent have already flocked to the area.

More recently dubbed “Silicon Fen”, Cambridge is home to a nest of high-tech businesses with a focus on technology, software, biotechnology - it is now one of the most prominent technology hubs in the UK, if not Europe.

Cambridge, Milton Keynes, and Oxford are also already home to the globe’s most prominent biotechnology cluster. According to Bidwells’ Biopharma Cambridge and Oxford cluster analysis, approximately 600 companies from this sector operate in these locations, from multinationals to start ups – with a combined market cap of £5.7bn.

Best Places for Employees to Work in

Currently, Milton Keynes is the number one area in the UK contributing to employment growth and job creation, and has added 9,300 jobs to the banking, finance, and insurance sector between 2013 and 2016. Ranked in accordance to highest weekly workplace wages, Milton Keynes is ranked fourth, above its top city competitors - with Cambridge fifth, and Oxford tenth.

In Cambridge, the UK’s most innovative city, more than 21,645 jobs are currently available. Investments such as Granta Park will see employment expand, with this project alone set to increase jobs from 2,500 to 4,000 in the park, and workspace amounting to well over 1 million sq. ft.

Approximately 67% of Oxford jobs are centred exclusively on knowledge-intensive industries, including financial, technology, science, and biotech, making this a prime choice for employees wanting to be at the forefront of new developments in these sectors.

The Golden Triangle is predicted to see peak growth in the next five years, due to the cluster of top talent, businesses, housing, and the development of the new varsity line expressway.

Property in Cambridge, Milton Keynes, and Oxford have great growth prospects, and as supply continues to tighten, and more A-space becomes available, doing business in the Golden Triangle will see significant expansion and strong returns by 2019/20.

Bidwells is the UK’s number one adviser to the science and technology sector and currently advises on over 15 million square feet of research and development real estate within Oxford, Cambridge, and London.

The Golden Triangle is predicted to see peak growth in the next five years, due to the cluster of top talent, businesses, housing, and the development of the new varsity line expressway.

Talk to our business space expert 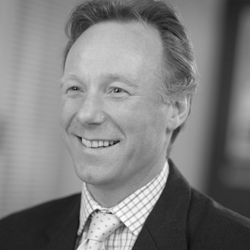 Wet labs in the Golden Triangle

As the Golden Triangle is established as a leading hub for biotech and life sciences, there is a growing demand for wet lab space in Oxford and Cambridge. Read more here. 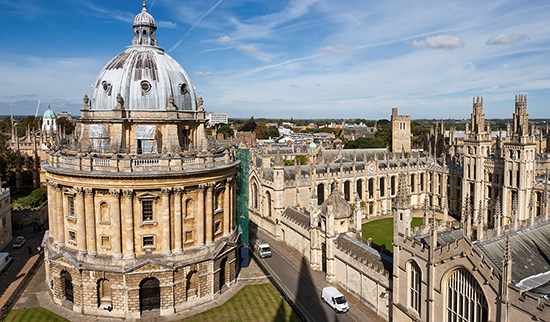 What is the Golden Triangle in the UK?
Read more articles