A bold and brave step towards prosperity

Bidwells' head of planning, Mike Derbyshire, explains how the spatial framework from MHCLG could provide a viable vision for the growth of the knowledge economy across the Arc.

The new single planning framework could be the vital catalyst that will see the Oxford to Cambridge Arc begin to achieve its vast potential and become a vital part of the UK’s post-pandemic recovery.

Crucially, the framework provides the right conditions for Britain’s knowledge powerhouse to unlock up to £20bn in investment, according to our estimates. That capital would deliver much-needed jobs, housing and world-class industrial infrastructure to the Arc.

The benefits of the single planning framework are set to be multi- pronged and, with this announcement, hopefully here for the long-term. Until now, government after government has failed to form the intrinsic link between the need to deliver more housing and balancing it with the delivery of space for innovative industry to grow and infrastructure to drive investment, business and, ultimately, the economy.

Just as Oxford and Cambridge have spearheaded the fight against Covid-19, so too will the region lead as a pioneering example of an inherently new approach to planning. The current planning system is simply not fit for purpose in a post-Brexit, pandemic environment - it has strangled employment growth for years in knowledge corridors like the Oxford to Cambridge Arc, failing to keep pace with changes in the wider economy.

However, the single planning framework undoes damaging groupthink around the economy and its relationship with housing. Rather than monochromatically putting housing first, high-growth areas like the Arc should instead be prioritising employment and industry space alongside infrastructure, which will, in turn, deliver the job opportunities needed to pull Britain out of the economic crisis wrought by the pandemic.

Knowledge intensive industries, which tend to require a lot of flexible and specialised space, will be at the forefront of the Great British bounce back, playing a pivotal role at both a local and national level.

Along with others, we have long called for a spatial framework that takes a more holistic approach across planning and development in the Arc. Last year, we launched our Radical Regeneration Manifesto (RRM), pushing for widescale reform of the planning system to unlock the Arc’s true potential and to serve as a blueprint for other parts of the country.

The manifesto set out 16 policy recommendations, including the creation of an Olympics-style delivery body to streamline strategic planning. We recognised that without a radical intervention, areas like Oxford and Cambridge — and the industries that have made the Arc their home — will never flourish to their fullest potential.

The creation of a long-term, strategic approach that takes the entirety of the Arc into account, balancing competing demands across the region, is the most effective and prosperous way forward for not only the region itself, but the wider UK economy.

With the stroke of a pen, the government has effectively sparked a reaction that will ultimately inject billions into the region; connecting communities, greening the Arc and delivering housing while also creating the space with which the industries of tomorrow can thrive today. 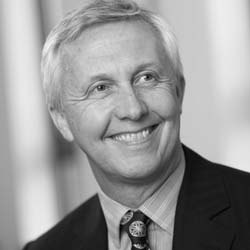