Developers will soon be securing biodiversity units ‘off the shelf’ from a habitat bank within South Cambridgeshire thanks to an innovative partnership between Bidwells and Cambridgeshire County Council (CCC).

It’s the first scheme of its kind to be delivered in England and will be a one-stop-shop for developers seeking to offset impacts on biodiversity in nearby development projects.

Under the Environment Act 2021, a developer that cannot achieve at least 10% biodiversity net gain on their development site will need to deliver an equivalent gain nearby.

In this Bidwells-conceived scheme, developers will secure biodiversity units for habitat creation and enhancement within a 140-hectare county council-owned site, Lower Valley Farm, located five miles southeast of Cambridge and close to the village of Fulbourn.

“This is a genuinely exciting opportunity for developers to become part of a pioneering scheme at the forefront of an emerging and highly efficient new approach to delivering large-scale biodiversity net gain.

“This scheme will act as a national showcase for the effective delivery of biodiversity net gain, demonstrating how offsetting development through habitat creation, on landscape scale, is both highly cost-effective and generates the very best environmental and social outcomes.

The predominantly arable farmland site is adjacent to a Site of Special Scientific Interest (SSSI), as well as sitting within the Cambridge Nature Network, and has been selected to enable good habitat connectivity to its wider surroundings. The site itself has significant potential for an uplift in biodiversity through the creation and enhancement of high-quality habitats including botanically diverse grassland, scrub, species-rich hedgerows and native woodland.

Additionally, the scheme will also contribute to a range of other social and environmental services by contributing to better community access to nature; improved amenity value; enhanced air and water quality; natural flood attenuation and carbon sequestration.

“Our rural estate plays a vital role in the success and achievements of the county. As well as contributing to our local economy through the creation of new rural businesses and employment, the estate supports our environmental commitments and helps social wellbeing by providing more access to the countryside for our residents through a network of additional permissive footpaths and bridleways.

“Cambridgeshire is one of the least biodiverse and wooded counties in the country, whilst also having one of the highest rates of development. This new initiative is just one of a range of potential solutions which will help address Biodiversity Net Gain challenges in Cambridgeshire. It will not only create new biodiverse habitats with access for the public, but also enable the vital continued development of the county.”

The scheme is live with a number of developers including Network Rail already in the process of securing units from this scheme. The scheme is supported by Greater Cambridge Shared Planning authority, who will be assessing the biodiversity impact of developments planned in the region and setting out the associated biodiversity net gain requirements of developers’ planning applications. 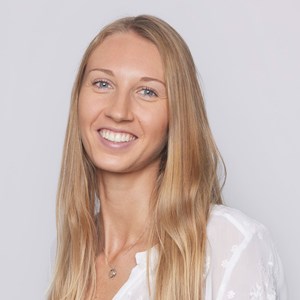