The Government has recently launched the Woodland Carbon Guarantee (WCaG) to support the creation of woodland in England. This represents an important step in government policy by moving towards schemes that are directly aimed at mitigating the effects of climate change and promoting holistic land management strategies. We can expect that such an approach towards land management will become the norm in a post-Brexit era.

The WCaG is a £50 million incentive scheme running over a 30-year period. Land managers will be able to sell captured carbon to the Government for guaranteed prices up to 2055/56. Sale on the open market, if for example, the price is preferential, will also be possible. The WCaG represents an important additional revenue stream for the creation of new woodlands, which may considerably improve the financial viability of such ventures which otherwise can offer marginal or negative returns. The scheme can be used for woodlands which have secured previous grant funding, as long as the grant contract was signed after 29th October 2018 and physical planting has not begun until after a WCaG contract is offered.

The scheme will pay out on the carbon captured by new woodlands. Carbon is quantified in terms of woodland carbon units, with each unit representing one tonne of carbon dioxide captured by woodlands. Payments will be allocated based on reverse auctions where, in effect, the lowest price per carbon unit will win. Bids will be accepted on the basis of price until the available budget is committed. These prices will be index-linked based on the Consumer Price Index.

The scheme works in a four-stage process.

Currently, the open market for captured carbon represents poor value for woodland owners. The market mechanisms do not accurately reflect the financial and physical investment required to create new woodlands. The WCaG may improve the financial metrics for woodland projects. This is especially relevant given funding can be secured from additional grant projects for the planting of new woodlands.

The first auction took place in January and from this, we can hope to understand the prices gained in the open market for these ventures. We advise that clients undertake a thorough investigation of land areas which they consider suitable for this scheme. Clients should examine marginal pieces of agricultural land which may benefit from a protected revenue stream. Assessment of the profit achieved from agricultural land should be considered against the potential income from woodland schemes to determine project viability. 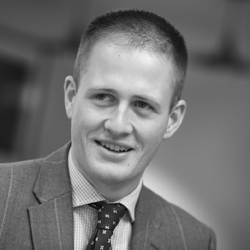