Planning for the Future

The Government has published its policy paper ‘Planning for the Future’. This precedes the Planning White Paper expected in the spring and sets the direction of travel for the current government’s policies on planning and housing. Juliet Clark, Planning Associate, highlights the key points to come out of the policy paper and her predictions for the upcoming white paper, in our latest planning alert.

The Government has published its policy paper ‘Planning for the Future’. This precedes the Planning White Paper expected in the spring and sets the direction of travel for the current government’s policies on planning and housing.

No great surprises but the paper does include a few nuggets for those interested in urban schemes, notably support for building upwards on developed areas and above stations, densification in residential areas and promised reforms to enable the housing led regeneration of high streets.

The Government is said to be ‘backing brownfield’ and has committed to publishing a national brownfield site map in April. It will also consult on new permitted development rights for the redevelopment of vacant commercial, industrial and residential blocks for new housing, and explore proposals to expand the use of zoning to support development.

The annual target of delivering 300,000 new homes in England remains unchanged, but a review of the standard methodology for calculating local housing needs is underway and will be implemented via another revision to the NPPF. We can expect a formula that encourages greater building in or near urban areas, but must wait and see what is meant by ‘near’.

Resourcing local planning authorities is said to be a priority, but specific proposals appear limited to the reform of planning application fees, linked to local authority performance. There is continued commitment to affordable housing and greater powers and a promise of funding for local authority-led delivery of social housing.

Looking closer to home, of interest is confirmation of the Budget’s support for development in the Oxford-Cambridge Arc, including:

The Planning White Paper will be part of a series of reforms proposed to the national housing strategy, alongside a Building Safety Bill, Renters Reform Bill and Social Housing White Paper.

The Government is obviously keen to make its mark on the planning system but Planning for the Future suggests we are more likely to see evolution than revolution over the coming months and years.

Perhaps the most significant proposal from this paper is the revision to the standard methodology for calculating the local housing need to encourage development ‘in or near’ existing urban areas. We will await the detail with interest.

It is difficult to argue with the proposed ‘brownfield first’ approach, but this is nothing new in principle. The capacity of many urban areas to deliver housing is already constrained and with no mention of Green Belt reform, the question of where development will go if we are to achieve the Government’s objective of delivering 300,000 new homes per year remains unclear.

The paper is largely silent on the bigger picture of creating communities, which is essential to delivering health and wellbeing. Further densification of urban areas inevitably raises concern in this respect. We wait with interest (and some misgivings) to understand how the need for community infrastructure will be addressed under the promised new permitted development rights.

We welcome proposals for the new Spatial Framework and Development Corporations to drive investment and delivery in the Oxford-Cambridge Arc. Enhanced governance arrangements are critical if the enormous opportunities presented by the Arc are to be realised, as we have been arguing for some time via our Radical Regeneration Manifesto. 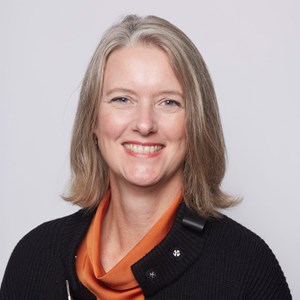