Oxford and Cambridge’s knowledge economies are both global successes, but their economic growth stories are now at critical junctures. The city’s constrained centres are pushing prime rents up to new highs at a time when their world-leading science and tech occupiers are demanding urban environments and easy access to London.

MK is a similar but fundamentally different story. Knowledge intensive (KI) industries were responsible for 60% of office take up during H1 2019, Bidwells’ latest research has found.  While this is lower than Oxford and Cambridge, which saw such occupiers take 65% and 80% respectively, the latest evidence indicates a direction of travel for the city.

With rapid rail access to London and improving access to both Oxford and Cambridge, Milton Keynes has a rare opportunity to develop the city centre with KI industry in mind.

Santander’s planning consent for a new technology hub at the company’s Grafton Gate office will see a £150m office complex comprising four inter-connected buildings providing 400,000 sq ft with up to 5,000 workstations.  The development, starting over the coming months, will contribute to the transformation of the area around Milton Keynes’ station. The growing presence of KI business in the city is seen in the improved productivity.

Milton Keynes took pole position in the latest UK Powerhouse report, with GVA growth of 2.1% through to Q1 2021. Bidwells estimates the city saw a 21% increase in GVA from KI industries between 2016 and 2017 with the IT and communications sector being an area of expertise. In fact, at 18.7%, the representation of KI business services is amongst the highest in the country.

The new MK:U university will be the focus of the city centre redevelopment plans. The 25-acre development, which gets underway later this year, will provide a focus for innovation and a core anchor tenant for further KI businesses.

The importance of central business space provision was underlined by Bidwells/You Gov’s survey of global R&D companies in 2018. However, we estimate that almost 200,000 sq ft of space has been lost in Milton Keynes over the last five years due to office to residential conversions and in H1 2019, availability fell to its lowest level in 12 years.

Avebury Boulevard is due to complete in Q4 2019 with the remaining space in the building rumoured to be under offer. The current shortage of options is placing pressure on rents and prime rents, which currently stand at £27.50 psf, are expected to show steady growth over the next five years. However, as the secondary market absorbs the space shortfall, rents in this segment of the market are seeing sharp rental growth and since 2013, secondary rents have increased by over 36%. Central Milton Keynes will see rapid transformation over the next five years which will benefit the city but with Grade A supply at 87,000 sq ft, there is an urgent need to think ahead to provide business space to support growth, diversity and innovation in the local economic ecosystem. 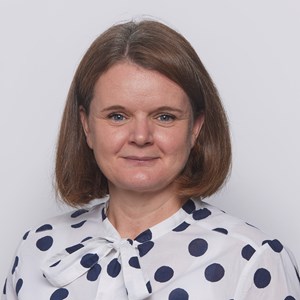