Forestry sector plays to its strengths

All political parties have made it clear their commitment to increasing woodland cover in the UK. That comes as good news to the forestry sector and the large numbers of people and organisations who are interested in investing in this green industry.

New forest plantings are one of the most tangible ways of addressing climate change – one of the biggest issues of our time. The UK, despite having good growing conditions for woodlands, still has less than 50% of the European average proportion of forest cover.

"The Scottish Government is very alive to the benefits which can be gained from a productive forestry sector and has been positive in its support.” says Raymond Henderson, head of forestry with Bidwells property consultants.

In his view Government support for forestry has really taken off since Fergus Ewing took over responsibility for forestry as part of his portfolio as Cabinet Secretary for the Rural Economy.

"He has been a tremendous advocate for the sector and is clearly committed to ensuring that Scotland meets its new forest planting targets. In the year to March 2019, of the 13,400 hectares of new woodland created in the UK, almost 85% of this - 11,210 hectares - was in Scotland", he notes.

“Increasingly, governments everywhere are focusing on the fact that trees represent a powerful way of locking up carbon and combatting climate change. This, plus the way forestry promotes both sustainable building and jobs in rural communities across Scotland, makes it a hugely positive story.” Henderson says.

UK-grown timber prices are dependent on the volume of imports as we still bring in the majority of our timber needs. During 2019 – and as a result of climate change-induced storm and beetle damage to significant areas of mainland Europe’s forests - much larger than normal quantities of timber had to be harvested there. This has temporarily led to an excess of European timber at depressed prices entering the UK which has resulted in a more difficult year than 2018 for UK timber processors and sellers. As the European timber washes through the market, and the weak Sterling in relation to the Euro pushes up import prices, we anticipate this situation will revert to more normal circumstances.

Large scale forest creation in Scotland through the 1960s, 70s and 80s has come on stream, encouraging big investments in modern timber processing facilities – as good as anywhere in the world - to cope with the uplift.

As planting rates then reduced markedly through the 1990s and 2000s, the risk of UK timber production figures peaking then beginning to fall off in around 15 years’ time is present. New forest creation would reduce this impact and continue to encourage the development of, what could accurately be described as, one of the great success stories of Scotland’s rural economy.

“Our upland farming industry is facing existential challenges and although forestry is not a panacea, it can, on suitable sites, provide opportunities to make rural properties more productive, resilient and flexible,” says Henderson.

“A two-track approach to upland land values has developed where areas which show obvious potential for new forestry creation (no special designation, no deep peats, reasonable access, no major conservation, landscape or archeological issues etc) can, in some cases, be worth double or more than that of land without productive planting potential and, therefore, also of interest to investors.”

Even although Scotland is meeting its current planting targets, which is a good and positive thing, Henderson points out that we are still only planting about 40% of the area that needs to be planted annually in the UK - according to Westminster’s Climate Change Committee - if forestry is to fulfil its role in mitigating climate change.

“If you want to lock up carbon then fast-growing conifers are the best way of doing this. Deciduous trees can take at least 100 years to achieve the same mass that Sitka Spruce, for example, will reach in 40 years or less,” he points out.

“That said, modern planting techniques require a diversity of species, including broadleaves, are included in even the most ‘commercial’ woodland creation scheme.

“The days of planting 100% conifers and creating what many thought were dark, inhospitable forests unsuited to wildlife, are long gone.

“Everyone in the timber industry wants to see new forests planted primarily for wood production but this does not mean neglecting deciduous and conservation planting and designed open spaces. A modern, productive forest is a very different thing to what was being planted in the 1970s.”

Henderson points out that there is tremendous work being done in the forestry sector by landowners, charities, forest managers and agents who are planting balanced mixes of deciduous trees and conifers.

“Some years ago, a report produced on forestry showed that it was worth £1 billion a year to the Scottish economy and employed some 25,000 people. An update to this study is in preparation and I would be astonished if its findings did not show a very significant increase on earlier figures.” he says. 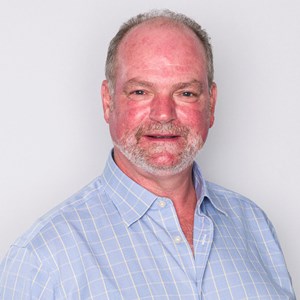