The 2018 changes, took effect on 6 April 2018 and centre around the following areas:

These changes, announced by Housing Minister Dominic Raab, indicate a promising shift in the Government’s stance towards the development in rural areas, enhancing the opportunity for landowners to utilise their existing assets.

Class Q has been widely reported on within the rural sector since its introduction in 2014. However, under the new guidelines, it is now possible to provide up to five new dwellings on an agricultural unit, with the maximum floor area for conversion increasing from 450sqm to 865sqm. More specifically, the following development is now allowed under Class Q:

The change in permissible floor area and number of units offers landowners even greater opportunity to utilise redundant buildings. Landowners can also think in a more ‘savvy’ way, utilising the amendments to their maximum potential, being a total combined floor area of 865sqm. This could be made up of a combination of large and small homes.  This is a significant increase compared with the previous criteria, which only allowed a maximum floor space of 450sqm, and the total number of units was limited to three.

This amendment is in line with the Government’s commitment to provide new housing and offers the opportunity for farmers to deliver much needed rural housing on redundant or underutilised sites. It also provides an insight into the Government’s stance on farming in the UK post-Brexit, encouraging farmers to diversify and identify alternative income streams.

However, it is important to note that Class Q is not available for Listed Buildings or those buildings that fall within a Conservation Area, or other similarly protected sites. Other stringent criteria must also be met, and applications will be assessed with regard to transport, highways and noise impacts, contamination and flood risks. The building must be suitable for conversion to residential use, structurally able to take the loading of the residential conversion, and the design and external appearance of the proposed conversion must also be deemed to be appropriate.

The amendments to Class Q have certainly presented a greater opportunity for the conversion of agricultural buildings. However, achieving approval is not a straightforward process, with applications often meeting resistance from the Council. Applications must be robust and well thought through in order to maximise the chances of susses.

Provided a site is in keeping with the above requirements, landowners should review their opportunities and consider diversification projects. Such strategies are likely to become increasingly important in the future with the looming question over subsidies in a post-Brexit farming environment.

Part 4 Class P - Storage and distribution units to Residential Use

Applicants will now have an additional year in which to utilise the benefit of temporary permitted development rights for the change of use of buildings from B8 (storage and distribution) use to residential. These rights have been extended under the recent amendments until the 10 June 2019.

Many farms have established B8 uses within buildings so there is often potential to utilise Class P permitted development rights, in addition to Class Q. Class P allows the change of use of up to 500sqm floor area, so have offer considerable opportunity for redevelopment. However, it should be noted that any conversion works will require a full planning application as Class P relates to the change of use only.

The size restriction of new agricultural buildings under Part 6 Class A has been significantly increased from 465sqm to 1,000sqm. Such changes encourage innovation in farming, again supporting farming operations in the future post-Brexit. This is of considerable benefit to many farms, particularly with the 28-day prior notification procedure, meaning that new agricultural buildings can be achieved in a relatively short time frame.

Overall, the changes introduced within the GDPO for 2018 indicate a shift in policy to encourage house building in rural areas, offering landowners with appropriate buildings the opportunity to utilise their assets and diversify into exciting opportunities. It signals a supportive stance from the Government to landowners with redundant buildings. This is a positive step for rural areas and offers considerable opportunity to enhance income generation from rural buildings and to add value to existing assets. 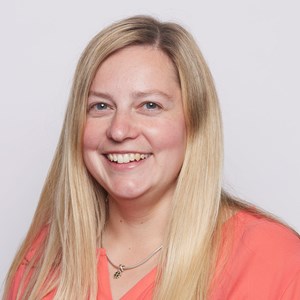