What we do/ Our Projects/ Gradel Quadrangles

Transforming a leafy historic site in to a 21st Century quadrangle

Described by Oxford Design Review Panel as ‘striking and ambitious’ and by Historic England as ‘unusual, quite unlike anything currently in Oxford’, the architectural concept was bold as the scale of the site’s reorganisation.

A Grade II listed building, significant mature trees, remains of the Civil War Ramparts, proximity to neighbouring Colleges, and a suburban character considered to make a positive contribution to the Conservation Area, were all in the mix.

Despite these constraints and the radical intensification of the site, we led a collaborative process, assisting the Design Team in clearly structuring and presenting their evidence and design rationale.Given the radical fluid form of the architecture and the addition of a new tower to the skyline of Oxford, no other approach would cut it.

We ensured stakeholders could positively engage with the design process, including Oxford City Council Officers who described the building as ‘unique’ and ‘exemplary’. 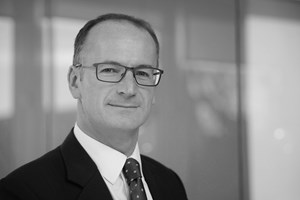