The UK Government has vowed to restore Britain’s position as a global science and technology superpower.

The Oxford/AstraZeneca vaccine has already shown what’s possible if the UK’s innovation ecosystem is fully supported - and that’s just the tip of the iceberg.

The UK is home to world-leading innovation in Life Sciences, Space, Energy and Future Transport, yet the question remains - how do we fully unlock the country’s innovation potential to catapult global Britain?

With its globally renowned universities, rapidly growing spin-out businesses, and multinational enterprises, the Oxford-Cambridge Arc has the potential to lead this national mission by becoming the UK’s Silicon Valley and doubling its economy to £235bn by 2030.

This major conference, with speakers including AstraZeneca, UKRI, Oxford Properties, Harwell Campus, BitBio and many more, will bring together leading scientists, government ministers, scientific enterprises and investors, with over 400 delegates to discuss how the UK can become a scientific superpower.

Speakers and panellists at the conference include:

Brought to you by 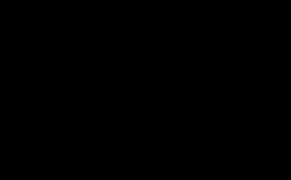