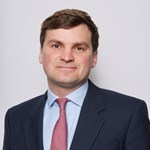 providing 900 tonnes of grain storage. There is a newly renovated 140,000m3 reservoir connected to an underground ring main along with a summer abstraction licence serving the southern half of the farmland.

There is an area of scrubland, woodland and an amenity lake at the southern end of the land.

Located to the west of Coldham and accessed directly from Station Road. There is an area of hard standing and the building provides overflow crop storage facilities and general storage. The farmyard provides potential for replacement modern farm buildings, subject to planning.

The land at Percival Farm is classed as predominantly

Land Classification Map. The soils are described as being

of the Dowels, Downholland 1 and Peacock soil series,

which include deep stoneless clayey soils, peat soils and

some calcareous silty soils. A disused railway runs through

at Graysmoor Farm which has recently been renovated and relined, a summer abstraction licence and an underground irrigation ring main serving the southern half of the land.

There is a small area of woodland towards the centre

of the farm. At the southwest corner of the farm,

accessed from Graysmoor Drove is an area extending

woodland, lake, grassland which is let on a lease until